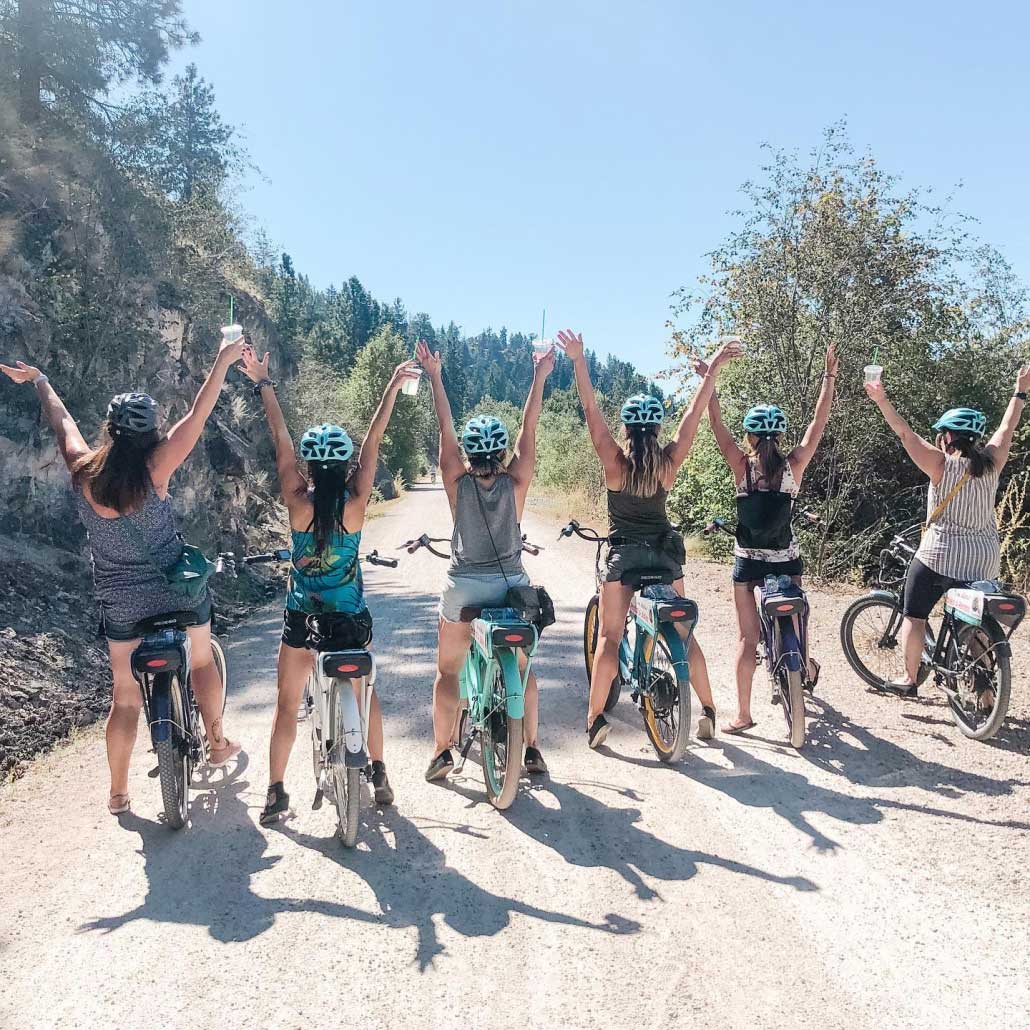 New signage restricting throttle use along one section of the Okanagan Rail Trail (ORT) has caught electric bike riders by surprise and has them confused about the reasons for this unexpected wrench in the wheel posted by the Regional District of North Okanagan (RDNO).

With a vested interest in safe, courteous and fun use of rail trails, Pedego Canada and Pedego store owners in the Okanagan region are advocating for riders and getting clear on the information.

What do the newly posted throttle restrictions on this trail section mean?

“While our bikes could still operate on the trail as Class 1 bikes with pedal assist only, we strongly argue that this ban is unnecessary … To clarify, the throttle does not increase the power of the electric bike; it is just another way of engaging the motor,” says Mike Clyde, owner of Pedego Electric Bikes Canada. “Many of our riders, particularly the elderly or those with mobility challenges, rely on the throttle to ride their electric bicycle at least some of the time.

Pedego’s Fraser is a tourism operator in Oyama recovering from the challenges of the last two seasons that saw a pandemic, fires, heat, floods impact her electric bike rental business. She is looking forward to the 2022 season, yet tourists are now confused and calling with questions about whether they can legally ride her bikes on the rail trail.

“Not knowing or understanding the boundaries of the RDNO jurisdiction, the public is confused by this posted bylaw,” Fraser says. “Concerns mostly come from the age 55-plus population. They are the primary demographic who own Class 2 electric bikes and utilize the throttle as the assistance tool that it is – aiding in a smooth start from a standing position and starting up inclines while finding the correct gear and peddle assist level.”

Pedego Oyama’s entire rental fleet has their throttles disengaged making them Class 1 electric bikes. (They also have their speeds governed down to 20 kph which is beyond necessary.)

Fraser’s business is an Okanagan Rail Trail supporter with a donation of Pedego Oyama’s rental fee going to the trail. Sheila also uses the ORT for her daily commute to work. For her and many others, it’s a transportation corridor which she uses without throttle as it is a level-grade alternative to using Highway 97.

Pedego Penticton also has a busy electric bike rental business and owner Aaron Sanders says the fleet has all throttles disengaged making them Class 1, adhering to all regulations. Sanders explains customers buying electric bikes are also given the option to have the throttle removed. Most refuse the offer happy to have a completely legal Class 2 bike with throttle.

Sanders goes on to suggest the issue at hand is that of the easiest way to police the trails rather than the correct way and that rider safety certification would go a long way.

“I hope municipal governments take notice that speed is the determining factor not the type of bike. I have had many complaints from our customers saying road bikers blaze by them without notification or warning and they don’t have any motor assistance,” he says. “It comes down to the operator not the vessel.”

The Kelowna Daily Courier reports that enforcement is complaint based with no fines having been issued for violations. The penalty is $200. In their article, there was no mention of the number of complaints coming forward or whether they were due to Class 1 or Class 2 electric bikes.

Officials Reconsider Throttle Ban on Okanagan Trail
Scroll to top
I'd like to order this Pedego Bike!
Return & Refund Policy