A few Fridays ago the Pedego Canada staff were walking past a local watering hole (in truth we were entering it) when we noticed a new bike rack installed beside the patio. It was a converted North Shore bike rack (made in British Columbia) that patrons could hang their bikes on and lock up with a key provided by the bar staff. We thought this was such a good idea because it didn’t take up extra sidewalk space (nor did it require city approval to get installed) but it encouraged people to ride to the bar rather than drive their cars. 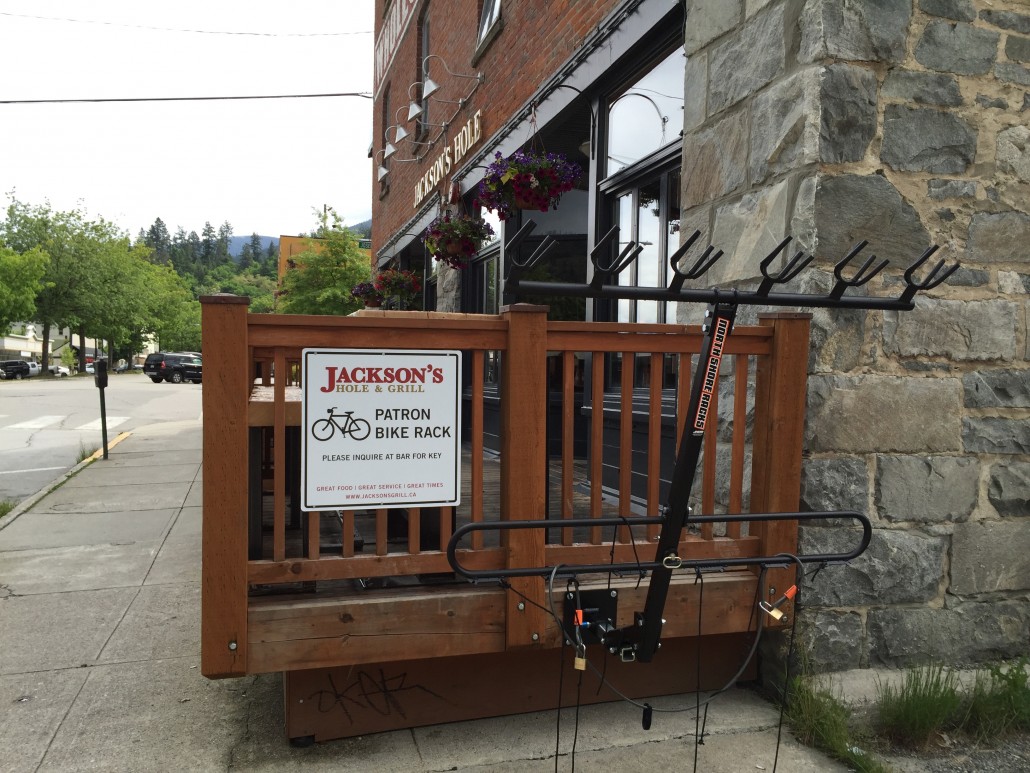 Later that evening, this innovation sparked a conversation about some of the coolest, weirdest and funniest bike racks in North America that we’d ever seen. A few of us had spotted ones in the shape of animals while others had seen some that could only be described as abstract art. Soon we were using Google to track down the funniest ones on the Web and then we realized it would be fun to share all of them with our Pedego Canada community. And thus a blog post was born.

During that Friday evening session at the bar we also discussed bike rack mishaps. More than one of us had had a bicycle stolen from a bike rack because of improper locking techniques and so we also wanted to pass along a few tips about how to lock your electric bicycle to a bike rack. 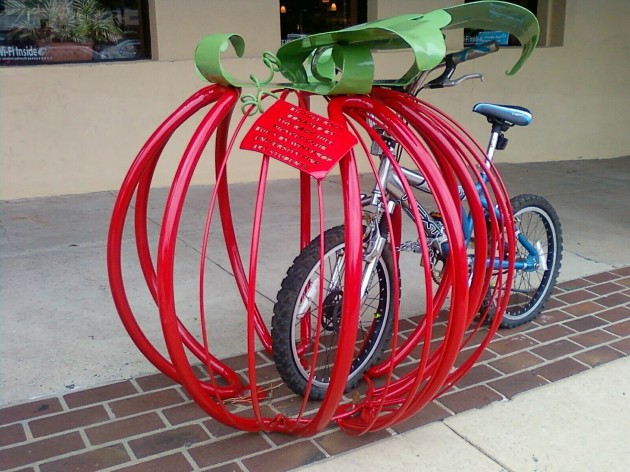 How to lock your electric bicycle to a bike rack

Before we lay out the steps let’s first describe what exactly a proper bike rack is and isn’t. Look at the photograph above; see the parking meter on the left? These are ubiquitous throughout North America but they should never be used as a bike rack because it can be easy for someone to lift your lock and bike up and off the top of the meter. The same goes for any pole that doesn’t have a closed loop (such as a street sign).

Also, some electric bike users may believe their bike is secure because they’ve removed the ignition key and/or the battery. This is not the case! Even without a battery your bicycle can still be pedalled away so we recommend you treat your ebike just like a bicycle and lock it with a strong U-lock or cable lock whenever you leave it somewhere. Here are a few more pointers:

Now that you know exactly how to lock your electric bicycle to a bike rack, go out and find fun racks such as these in your neighbourhood, take a photo of them and email us at info@pedegocanada.ca. We’ll be sure to upload any we receive to this post with your comments!