Are Electric Bikes Legal In Canada? 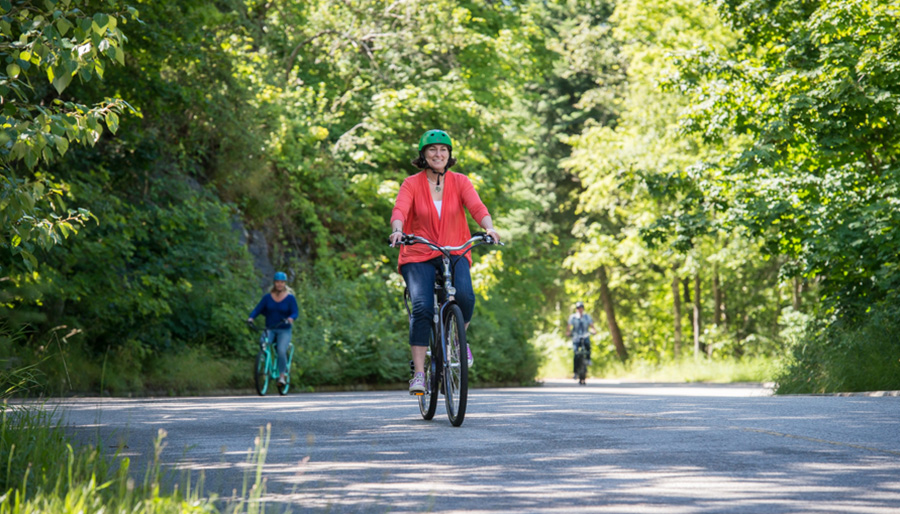 We still get lots of questions about whether it is legal to ride your electric bike in Canada. We wrote this article two years ago, and it remains a popular resource. In 2019, it is a moot point when Pedegos are being ridden by law-enforcers and law-abiders all over the country! Canadian police officers are coveting the Ridge Rider and municipal governments are putting staff on e-bikes. So it is not so much whether you can ride an electric bicycle, but where you can ride your Pedego, that requires further explanation.

In this update we still answer the question are electric bikes legal in Canada and explain the legislation each province has enacted around ebikes. Then we delve into the detail of local policies for use of electric bicycles on non-motorised and recreational trails. 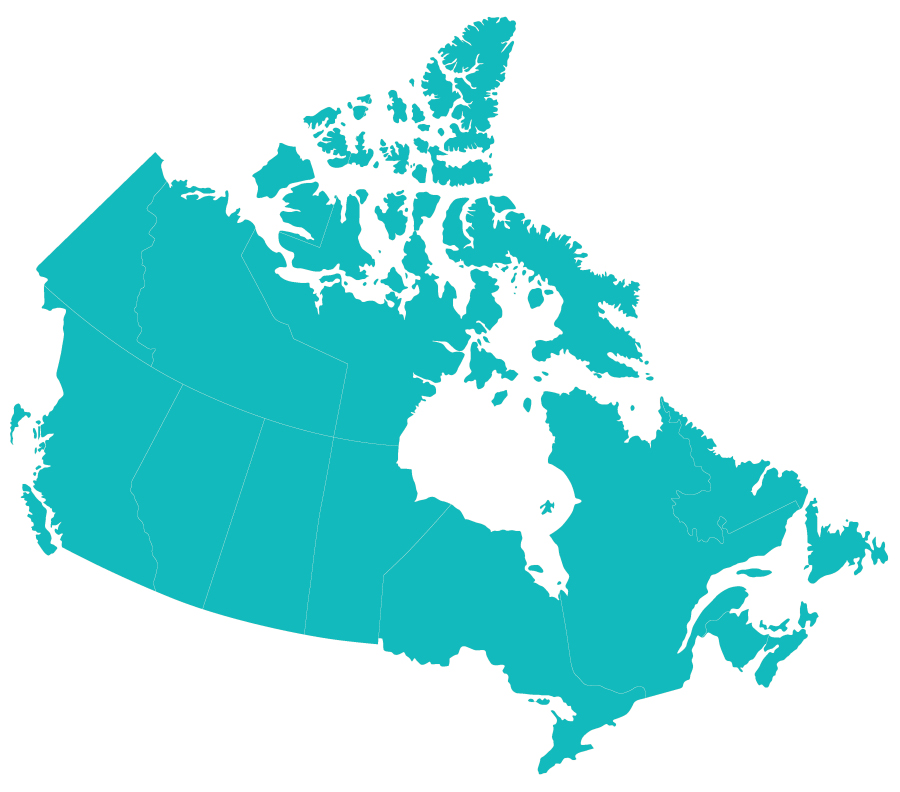 Are Electric Bikes Legal In Canada?

The short answer to this question is “absolutely!” Current laws around electric bikes were first enacted by the federal government in 2000 under Canada’s Motor Vehicle Safety Regulations and classifies ebikes as “Power Assisted bicycles.” This is an important distinction because “electric bikes” can sometimes be confused with scooters and electric motorcycles. There are three key characteristics of a Power Assisted Bicycle:

– It has operable pedals

– It has an attached electric motor of 500 watts or less

Power assisted bicycles cannot have a motor that runs on gasoline but they can have three wheels, such as the new Pedego Trike. Also, all electric bikes in the Pedego Canada product roster do not have motors that exceed 500W and are limited to a maximum speed of 32 km/hr. The law further states owners of electric bicycles do not require a license to operate them nor is special insurance or vehicle registration required.
That’s the easy answer to the question “are electric bikes legal in Canada?” But it gets more interesting because the federal law stipulates that provinces and municipalities have the right to restrict power assisted bicycles from some roads, lanes, paths and thoroughfares. Therefore, in order to best understand are electric bikes legal in Canada, we need to look at Provincial requirements and then municipal laws. 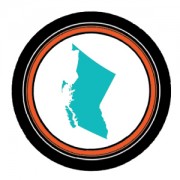 Electric bikes are classified as “motor assisted cycles” in British Columbia and, like federal regulations, must have operable pedals, a 500W battery or less and a top speed of no more than 32 km/hr. The legislation goes on to stipulate riders of electric bikes must be at least 16 years of age and wear a helmet and the bike’s motor must disengage when:

– an accelerator controller is released

– or a brake is applied. 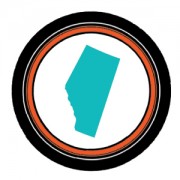 E-bikes are referred to by Alberta legislation as “power bicycles” and the laws around them are consistent with the federal definition of “power-assisted bicycle.” However, the province stipulates that operators must be 12 years of age or older and all operators are required to wear a helmet. A passenger is permitted only if the e-bike is equipped with a seat designated for that passenger. 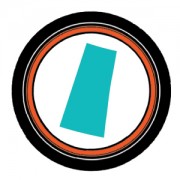 Power assisted bicycles are classified in two categories in Saskatchewan. An electric assist bicycle is a two or three-wheeled bicycle that uses pedals and a motor at the same time only. A power cycle uses either pedals and motor or motor only. Riders of power cycles need to be 16 and require at least a learner’s driving licence. The electric assist bicycle does not require a licence. Helmets are required for both. 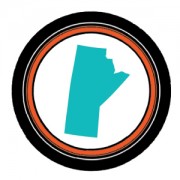 Legislation in Manitoba for electric bikes is a bit different than the federal government’s. In that province electric bikes can also be classified as scooters, mopeds or mobility vehicles depending on the power of the engine used and its top speed. If the engine on the electric bike does not exceed 50 km/hr, the rider is not required to have a motorcycle licence or any specific training. However, the operator is required to be 16 years of age and be enrolled in some stage of the Class 5 driver’s licence graduated licensing process. (Class 5 is the most common form of license and allows the holder to drive a normal vehicle.) 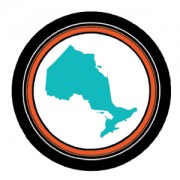 Riders of power assisted bicycles in Ontario must follow the rules and regulations for normal bicycles, wear an approved bike helmet and be at least 16 years old. Other legislation abides by the federal laws but goes on to stipulate ebikes can weigh no more than 120 kilograms (265 pounds), require a maximum braking distance of nine metres and prohibit any modifications to the bike’s motor that would create speeds greater than 32 kilometres per hour. E-bikes are not permitted on 400-series highways, expressways or other areas where bicycles are not allowed. 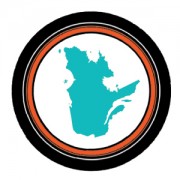 In Quebec power-assisted bicycles are permitted on the roads but riders have to be 14 years old and if they’re under the age of 18, must have a moped or scooter license. 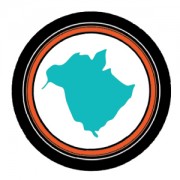 The province’s “policy on electric motor driven cycles and electric bicycles” abides by the federal legislation but goes on to stipulate that in order to be allowed on the road an ebike requires wheel rims larger than 22cm (9″), a seat at least 68cm (27″) off the ground and, if travelling at night, a headlight is required. 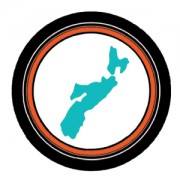 The Nova Scotia Motor Vehicle Act defines a power assisted bicycle as a bike with an electric motor of 500W or less with two wheels (one of which is at least 35cm or 13″) or four wheels (two of which are at least 350cm). PABs are permitted on the province’s roadways as long as the rider is wearing an approved bicycle helmet with chinstrap engaged. 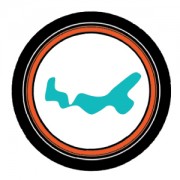 Currently ebikes are classified as “Motor Assisted Pedal Bicycles” and are treated as mopeds in PEI. As such there are a lot more rules and regulations around them. Riders require a license and registration and have to be 16 years of age or older. 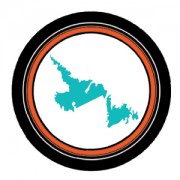 In Newfoundland and Labrador legislation around ebikes follows the federal laws for power assisted bicycles. 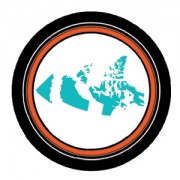 That covers the provinces, but what about local municipalities? Local bylaws have the power to restrict access of multi-use bike paths and bike lanes for riders of electric bicycles. For instance, electric bicycles were once banned from bicycle paths and lanes in Toronto. However, the city changed its regulations and stipulated, “E-bikes which are similar to bicycles (“Pedelecs”) are considered to be bicycles by the municipality of Toronto, and may be used on all types of cycling infrastructure. This includes painted bike lanes, Cycle Tracks (separated bicycle lanes) and multi-use trails where regular bicycles are allowed. By it’s definition in the Toronto Municipal Code, a “pedelec” must weigh less than 40kg and requires pedaling for propulsion.” Toronto is just one example of how city councils are realizing the great benefits of cycling and how electric bikes can help promote the lifestyle.

In general, federally permitted power-assisted bicycles can be ridden everywhere a normal bike can go, unless municipalities or land managers have implemented a local ban.  The opposite can happen as well, when land managers make a policy to allow electric bikes. Parks Canada and Recreation Sites and Trails BC have done this recently, giving electric bikes access to a huge area in British Columbia and Alberta. The National Capital Commission is developing of new rules for Gatineau Park in Ottawa (where previously electric bikes were banned from natural trails).

Where: electric bikes are permitted on the Legacy Trail from Canmore to Banff, and on all roadways within Banff National Park. At present ebikes are not permitted on other trails in the park. Read more here.

Where: All trails with a few exceptions for groomed winter trails. Read more here.

Where: Champlain Lookout; 40km Loop; Voyageurs Pathway. The NCC is developing new rules for electric bicycles, standby for an update!

Where: On all established recreation trails unless specifically prohibited. About 600 trails managed by the province. Read more here.

While making these policies, both Parks Canada and the BC Government stipulated that electric bicycles must be capable of being propelled by muscular power only; or provide assistance only when the rider is pedaling. Their intention is to draw a line between bikes with throttles and those without.

Pedego owners may wonder if their Pedego with a throttle could be banned from certain trails? Thankfully no. Pedego Electric Bikes have motors of 500W or less, pedals that work, no more motor-input above 32km/h, and throttles that can be switched off. They can fit the definition of a “Class 1” e-bike which applies in other countries.

Pedego has a decade of experience with US regulations (the segregation of ebikes into three classes comes from south of the border) and it makes an aftermarket part that eliminates the throttle. This throttle connector, a small plug inserted near the handlebars, allows all Pedegos apart from the Comfort Cruiser, Ford Super Cruiser and Tandem to meet the strictest definitions.

For the record, we don’t agree with the implication that a throttle makes an electric bike worse. It doesn’t make an electric bike faster, more powerful, louder, or impact a trail any differently to when the motor is applied through the pedals. We think throttles are important for people who can’t pedal, and they’re handy even when you are pedaling. Read more about the advantages of throttles here.

However, we respect the intention of the “no throttle bike” ruling. It attempts to protect what we love about riding on trails: natural surroundings and the joy of cycling in peace and quiet.

Many cyclists using an electric boost want to ride on trails without breaking any rules, so we’ll keep you updated on any further information on where you are allowed to ride your Pedego in Canada.