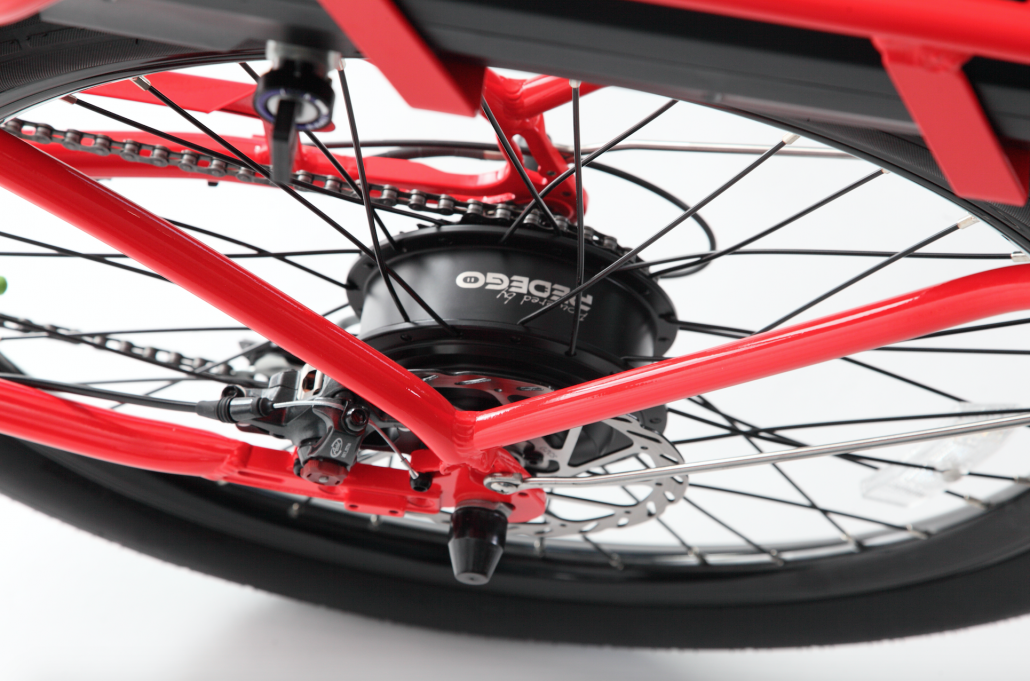 We receive a lot of questions regarding Hub Motors vs Mid-Drive motors on electric bikes and so we thought it would be a good idea to list the characteristics between the two. It’s important to note that, at Pedego Canada we believe for most riders the differences are not as significant as they’re ‘cranked’ up to be. Here’s the low-down.

A mid-drive motor is so named because it’s located in the middle of a bicycle’s frame near the bottom where the cranks are (the arms that hold the pedals). The electronics required to coordinate the motor’s power with pedalling and shifting are a bit more complicated than most hub systems and therefore it’s more important to be in the correct gear when riding a bicycle with a mid-drive motor. Depending on the programming, the shifting and ‘ride’ may not feel as smooth as a regular bike (or one with a hub motor). For example, if you don’t pedal with a smooth pressure you can experience surging or pulsing as you ride. It’s reminiscent of driving a car with a manual transmission.
As with manual cars, some people love them and for some circumstances they make sense. For example, certain mountain bikers prefer mid-drive motors for technical riding because the centre of gravity is weighted at the middle of the bike, which they’re used to from riding regular mountain bikes on singletrack trails. The ability to subtly control the motor with your legs also fits well with the variable terrain encountered when mountain biking. This is why the dual suspension Pedego Elevate mountain bike has a mid-drive motor. 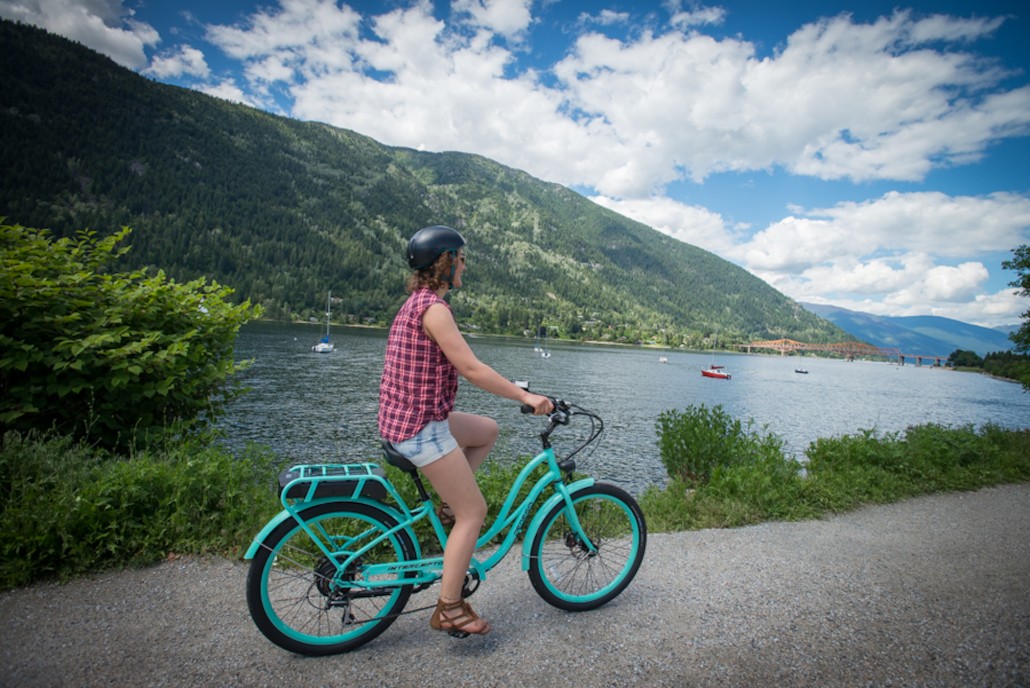 It’s also worth noting that mid-drive motors require more maintenance. They put a higher strain on the drivetrain of the bike and can cause the chain, chain ring, derailleur, and cassette to wear out more rapidly.
So why does it seem that many manufacturers push mid-drive motors? For the answer we have to look to Europe where there are stricter laws than in North America. For example, in Europe electric bike motors are limited to 250 watts and throttles are forbidden. Because the mid-drive motor provides more torque for a given size of motor, almost all European manufacturers  went with mid-drive motors to try and squeeze as much power out of the bikes as possible. Here in Canada we’re lucky as the limit on motors is double that of Europe (500 watts is the maximum allowed by Transport Canada for it to qualify as a “Power Assisted Bicycle”).
Therefore almost all of the mid-drive electric bikes seen in North America are European bikes. At Pedego Canada we find most customers prefer more powerful motors to tackle hills and they also like the freedom to use a throttle when they feel the need.

A hub motor is located on the rear hub of a bicycle. It is completely sealed and self-contained and requires no additional maintenance.
Like the automatic transmission in your car, a hub motor seamlessly delivers power where and when it’s needed – working independently of your pedalling and gear shifting. Overall it ends up being a smoother ride because you’re not having to worry about shifting as much and maintaining proper tension. In other words, it’s easier to learn how to ride an electric bike with a hub motor.
Hub motors can be activated by turning the pedals or using a throttle. With Pedego bikes you have the choice of either. There are also two ways the motor can be activated by turning the pedals; a cadence sensor or a torque sensor. All mid-drive motors currently have torque sensors which give you more power if you push harder and less if you push less. As discussed above, this can be good for some circumstances but can also be harder to learn and offers a less smooth ride. The cadence sensor just detects when you are turning the pedals and the computer smoothly turns the motor on at whatever level of power you have selected. It matters much less which gear you are in with the cadence sensor.
Most Pedego electric bikes have hub motors and cadence sensors, with a few of our specialist bikes also having the option of a torque sensor. Also, all our bikes have throttles which are great for a quick burst of power or to give you the comfort of knowing you can get home without pedalling if you need to.

We think the best answer is that for most people it doesn’t really matter and the differences are relatively subtle. After a month or so, whatever system you are riding you will have adapted to and will be riding without a thought about sensors and motors. The fact you are on an electric bike is awesome as it will change the way you move through the world and create so many more bike journeys in your life!
For more about hub motors versus mid-drive motors, view and download the Pedego Electric Bike Study Guide.