Want a New Career After 50? Open a Pedego Store

Bill Gordon is a middle-aged entrepreneur who lives in Portland, Oregon and who owns the popular blog website 50PlusNation. He recently came across the “How to Startup After 50” article in the latest issue of Inc. Magazine that featured Pedego store owners around the United States. He was skeptical at first but after reading the story he was intrigued: were baby boomers really finding fun by opening electric bicycle stores? He and his wife decided to visit Pedego Portland, twice, and now they’re seriously contemplating opening their own Pedego shop!

In his blog post called, “An Amazing Encore Career Option from Pedego. Check it Out!” Bill writes, “I was stunned when I realized that Pedego appears to be a franchise but is not. That is an incredible benefit. Most Pedego stores are independently owned by folks like those in the Inc. Magazine mug sheet photos, all of whom paid no fees to get started, just the costs of their inventory and the simple furnishing of an attractive multi-colored 1,000-2,000 sq ft retail space. The Pedego home office team assists in locating, outfitting, opening and even some of the major tasks of running the business with their range of dealer support services.” 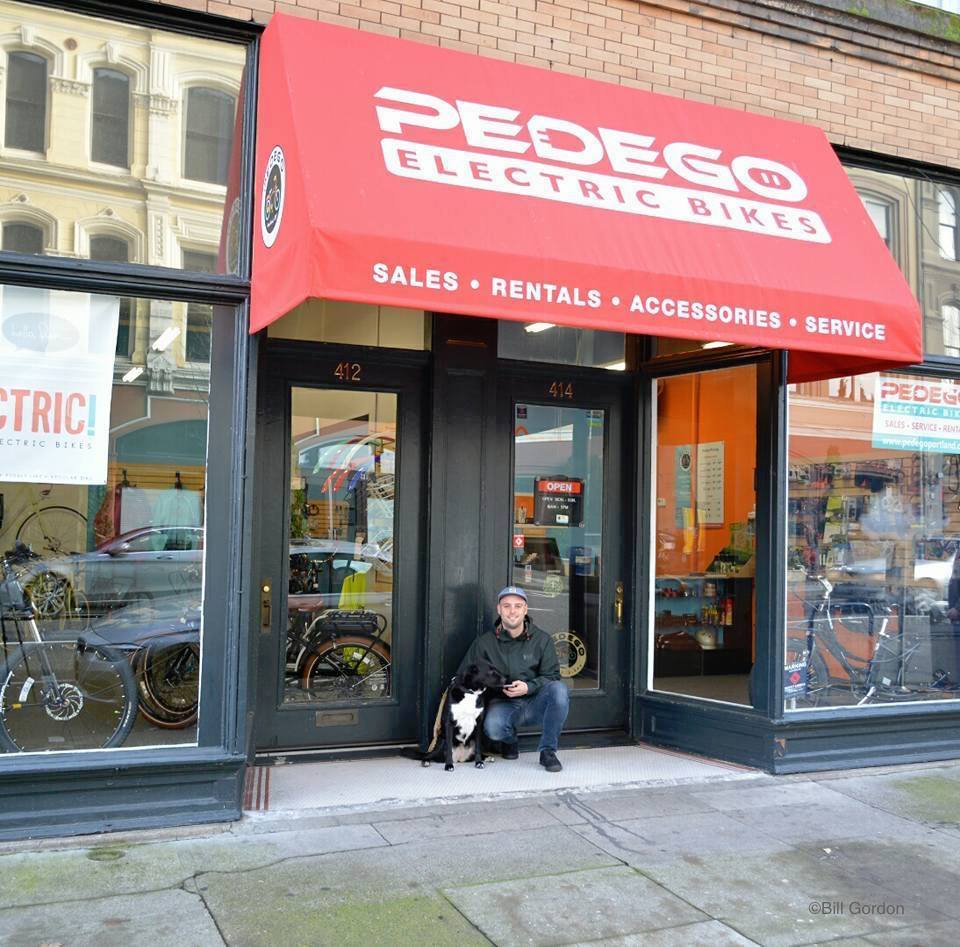 Tommy Connell of Pedego Portland was a key influence in Bill Fordon believing in the company’s excellent business model.

This is definitely a win and extends to those who want to open a Pedego store in Canada. There are no franchise fees and Mike Clyde, the owner of Pedego Canada, will personally assist you with the set-up process.

Bill then goes on to write, “My take away is that Pedego is truly set up to feel like a ‘business in a box’ for the committed entrepreneur, or in many cases the entrepreneurial couple. It clearly takes work. However, with a product that sells itself and also naturally becomes the focus of lots of socializing it doesn’t look like it could be overwhelming – as a store owner it looks like – “hello fun”, along with a new income stream.”

In other words, not only does it make financial sense to open a Pedego store in Canada, but it’s also fun! Pedego is the only electric bicycle company in North America to have such a devout following that a “Pedego Owners Group” was created!

To read Bill Gordon’s blog article in its entirety, click here: An Amazing Encore Career Option from Pedego. Check it Out!.

And should you wish to learn more about how to open a Pedego Store in Canada, visit our “Own a Store” page and then please contact Mike Clyde directly at info@pedegocanada.ca.

READ ARTICLE
Everything You Need To Know About Electric Bikes