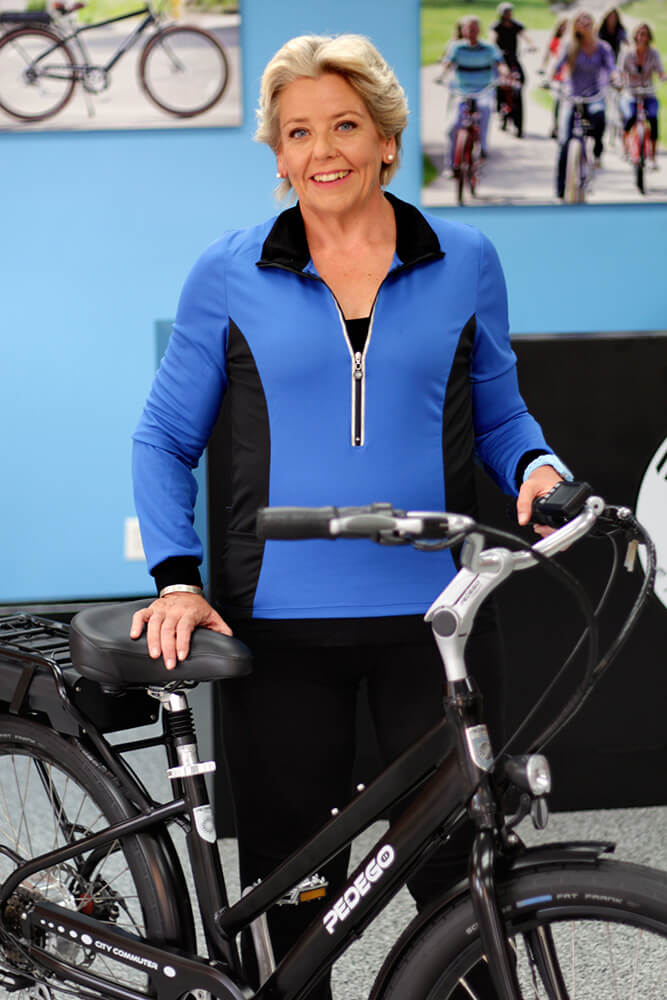 “Riding my Pedego was something that I wanted to continue to do. It wasn’t something I dreaded. It wasn’t a chore. It was just enjoyment for me.”

When Rhonda Martin bought her first Pedego electric bike in 2012, she weighed 457 pounds. “Riding an electric bike was my first form of exercise,” she said. “I could barely walk 150 steps at a time. My Pedego gave me exercise disguised as fun, and I began a journey to a new shape and a new life.”

In less than three years, Martin has lost 280 pounds and has gone from hardly being able to move to being an active, award-winning triathlete. Today, Martin is an inspiration to more than 20,000 people via her Facebook page titled “Living Instead of Existing.” And though she can now ride her choice of pedal or electric bicycles, Martin still exercises a lot on her Pedego. In fact, she also uses it to commute 38 miles round-trip to work.

Electric bicycling helps people cycle their way to health and fitness. It’s exercise disguised as fun! Having an electric bicycle gets people motivated to get outside and pedal. Even with the electric motor, people pedal most of the time and use the throttle to flatten hills and make headwinds a breeze. Benefits of electric cycling include:

Pedego Electric Bike Canada is the proud distributor of the world’s premier electric bicycle brand in the second largest country on the planet. We love electric bikes because they transform people’s lives and get them off couches and out of their cars. Oh, and they’re fun – lots of fun. For more information, please visit pedegoelectricbikes.ca.

READ ARTICLE
Which Electric Bike is Perfect For You? 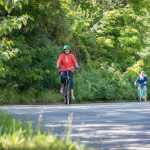 Pedego Electric Bikes Do Your Heart Good
Scroll to top
I'd like to order this Pedego Bike!
Return & Refund Policy