10 Best Pedego Tours in the World 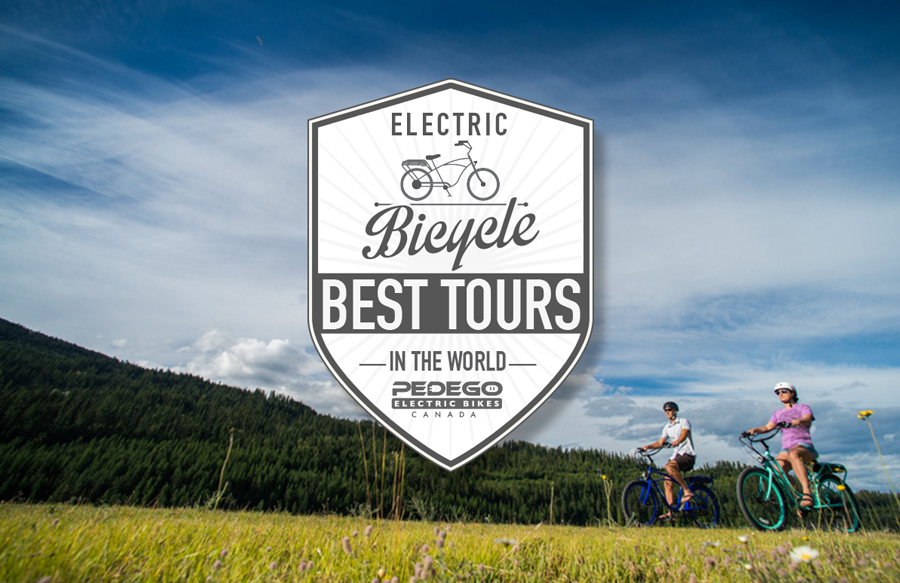 Recently Pedego Headquarters in California published the 20 Best Pedego Tours in the World. It’s amazing to see the variety of places where you can hop on a Pedego electric bike of every make and model and take in the sites of a new place. In fact, travelling an area by bicycle is the best way to see it: you go slow enough that you can take in all the sites but it’s way faster and less tiring than walking. And we here at Pedego Canada would know. Between all of us, we’ve bicycle toured across four different countries!
For this article we borrow from the one our head office did but select 10 places on the list where we’ve been to personally and can speak from experience how excellent it is to tour there. 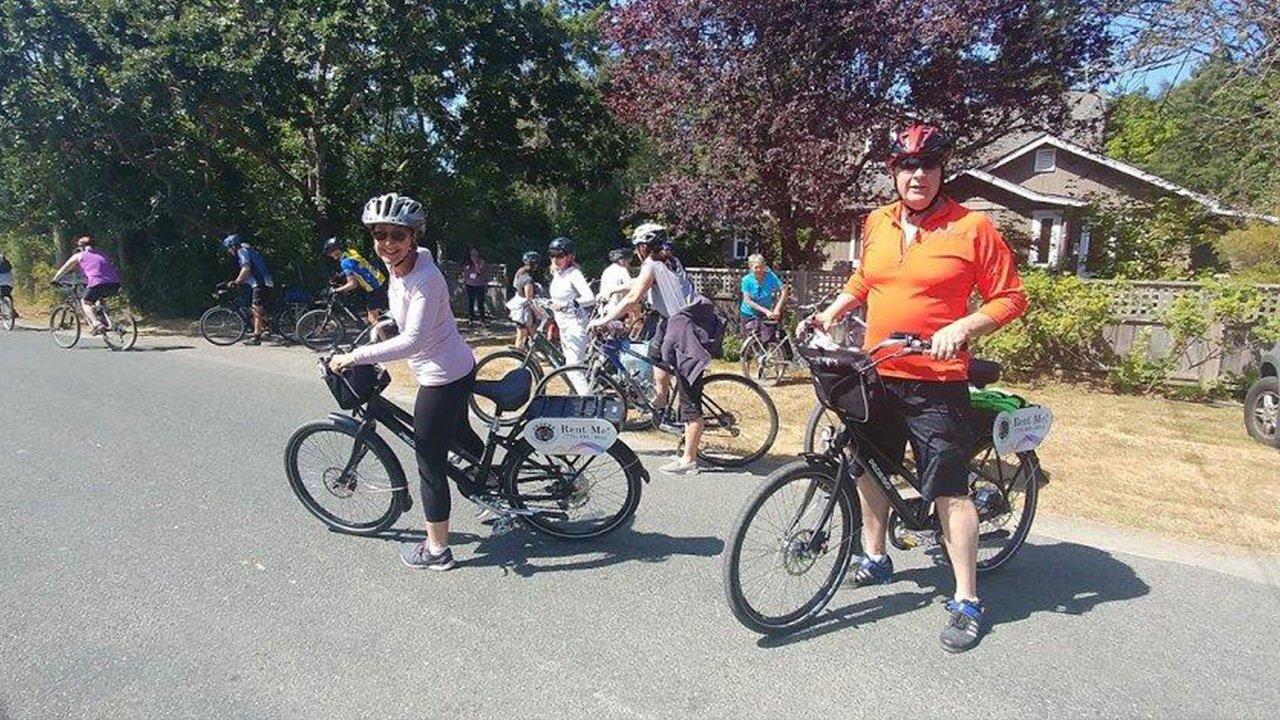 The Harvest Cycle Tour is an excellent way for locals and tourists alike to visit the beautiful region of the Saanich Peninsula, located just northeast of Victoria, the capital city of British Columbia. You’ll enjoy a guided ride along the quiet roads and trails and visit farms and markets and have the opportunity to stock up on fresh produce, seasonal fruits, and meat. There are beautiful ocean views along the way and, when you’re done, you can continue touring Victoria itself along the popular Galloping Goose Trail or take in the inner harbour and the parliament buildings. Be sure to stop in at The Empress Hotel for its world-famous high tea. Contact Pedego Victoria for more details. 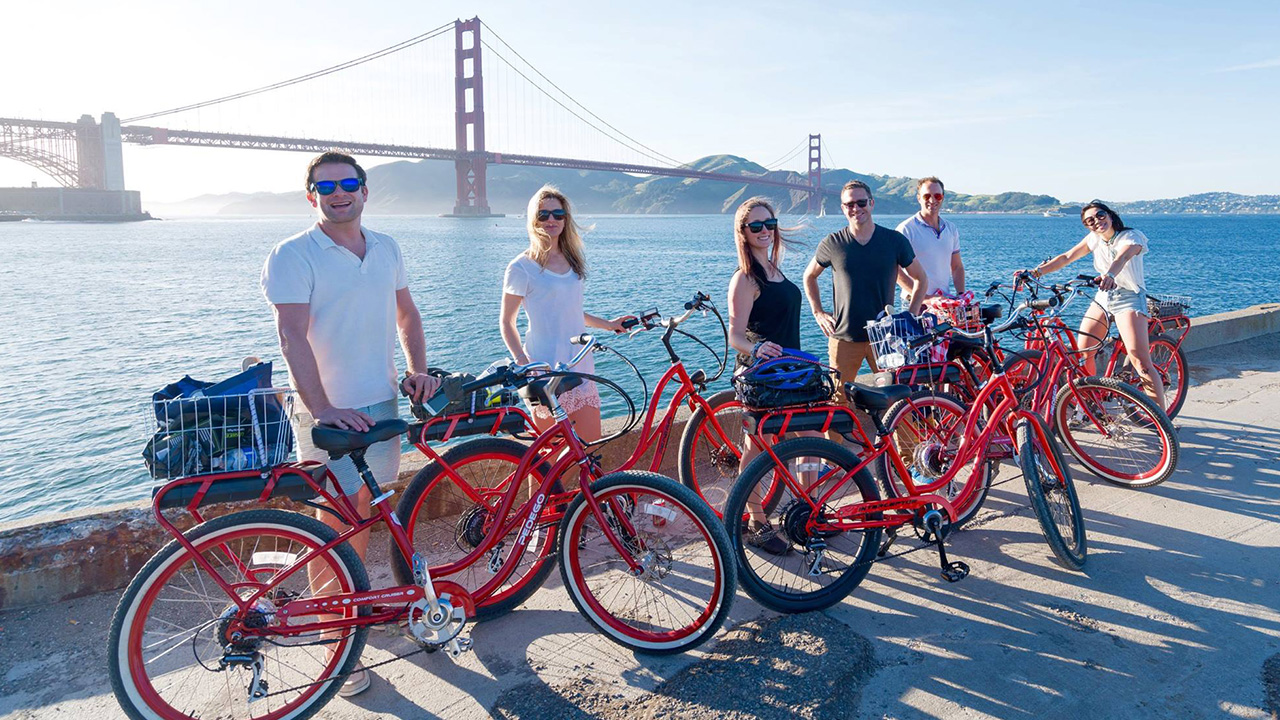 San Francisco is hands-down one of our favourite cities in the United States. And judging by the fact 25 million people visit the West Coast city every year, others agree. But given the steepness of the hills there and the crowded streets, it can be challenging to get around in order to sightsee. That’s where Dylan’s Tours come in. You’ll visit all the iconic locations during the 90-minute tour before being allowed to go explore the city yourself. You’ll easily pedadl past neighbourhoods that are off limits to tour buses, and see some of San Franciso’s most famous sights, including the Golden Gate Bridge, Fisherman’s Wharf, Marina, and the Palace of Fine Arts. For more info, log on to Dylan’s Tours website. 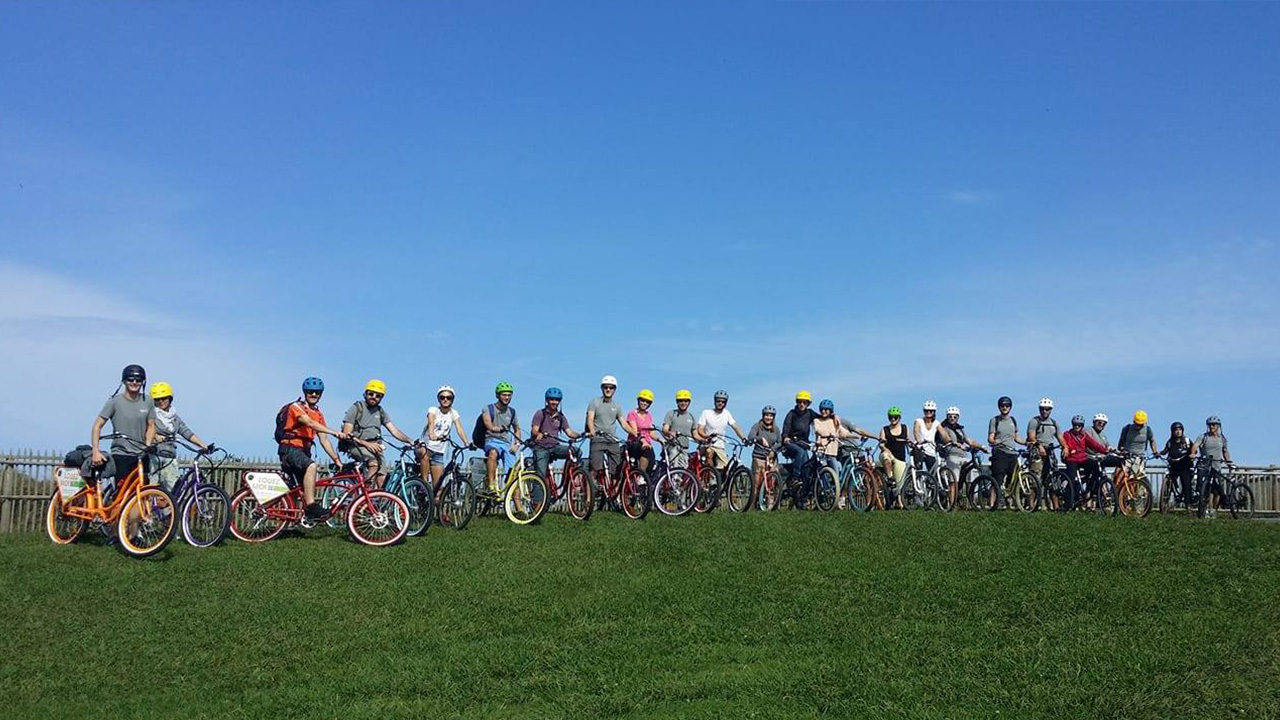 Located on the southwestern coast near the border with Spain, Biarritz is a beautiful seaside town that has been a popular vacation resort since European royalty started visiting almost two centuries ago. Visitors will have a chance to discover Basque culture here while effortlessly riding a colourful Pedego bike through vistas, old ports, and historical towns. Your guide will share local secrets and hidden gems about this lesser-known region of France during this 2-3 hour electric bike tour. For more info, log on to the Pedego Biarritz website. 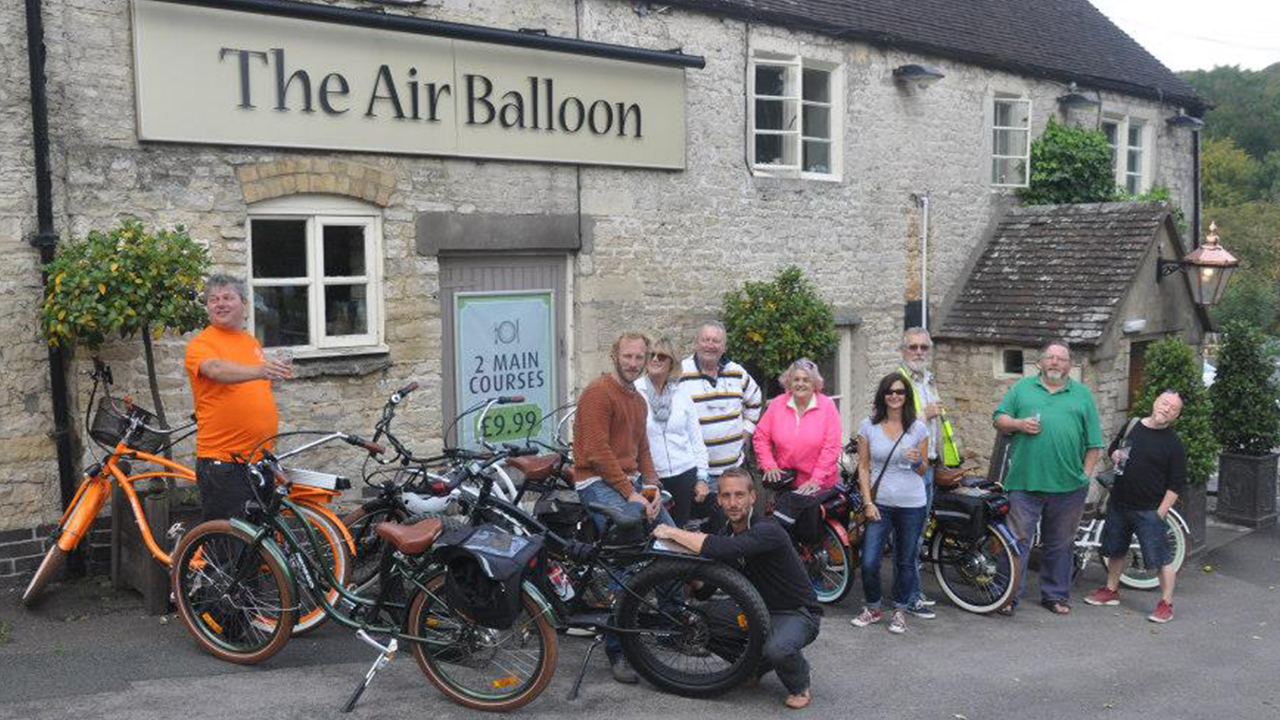 Located near Stroud, northwest of London, the area of Cotswolds is a beautiful hamlet with a rich history. While the Pedego Canada crew haven’t been there specifically, we have been to Bath and a number of other locales nearby and we can attest to the fact there is a lot of history in the region! The Cotswolds Treasure Trails Tour offers something different for tourists because it includes a map and clues you’ll follow to unearth answers about the region. The whole tour is 40 kilometres, which is easy on a Pedego electric bike. For more information, log on to the Pedego Cotwolds website. 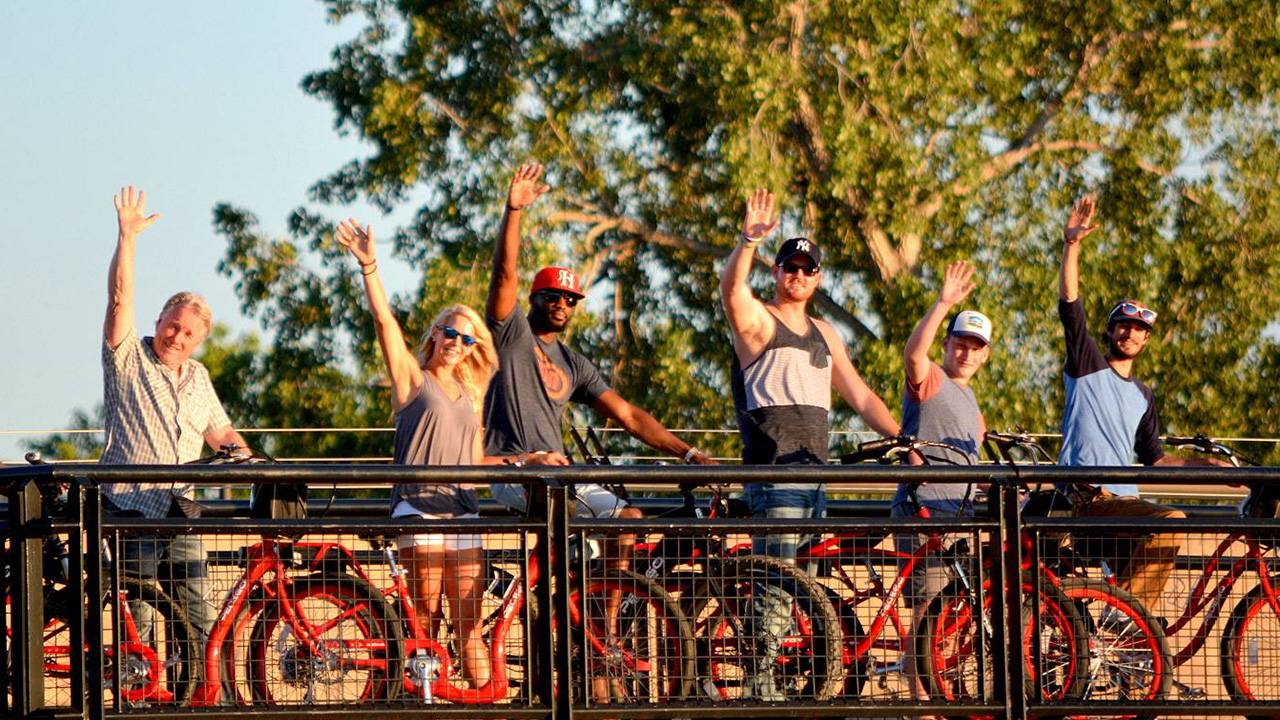 Bend, Oregon is one of our favourite places to ride bikes. Ever. From the fun singletrack at Phil’s area, to the big downhills from Mt. Bachelor, to the casual rides beside the river in town, there’s something for everyone. And if you like booze then Pedego Bend’s Brew Cruise Tour is for you. You’ll visit some of city’s best craft breweries and tasting rooms in the city or, if your tastes lean towards non-hoppy drinks, Pedego Bend will mix it up and visit some of Bend’s best cider houses, wine tasting rooms or even a kombucha brewery. For more information, log on to Pedego Bend’s website. 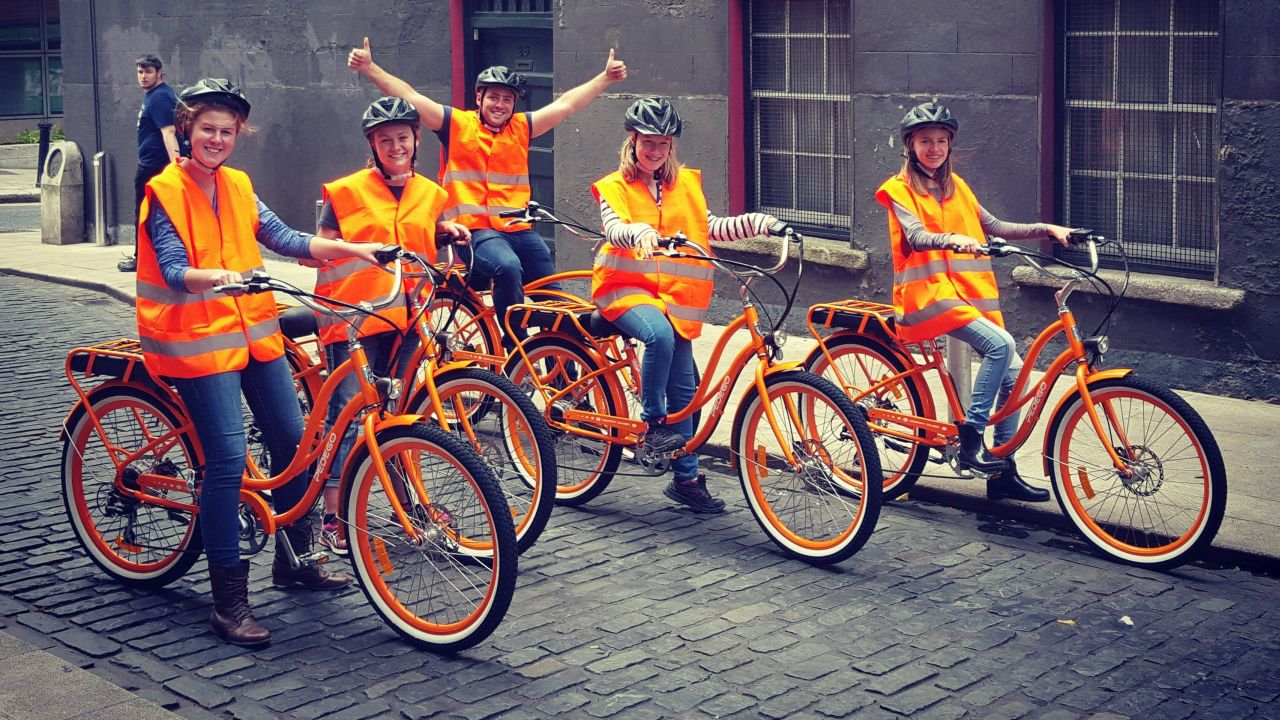 In our opinion, you haven’t lived until you’ve had a pint of Guinness in a pub in Dublin. Better yet, take a tour of the brewery! The best way to get around Dublin is by bicycle because you don’t have to worry about parking and you don’t have to tire your legs by walking. The Lazy Bike Tours offer fun-coloured Pedego electric bicycles for tourists to cruise around the capital city starting at the Dublin City Centre. Over two hours you’ll see everything from the Dublin Castle, to the Guinness Brewery, to St. Patrick’s Cathedral, and the Christ Church Cathedral. Log on to their website for more info. 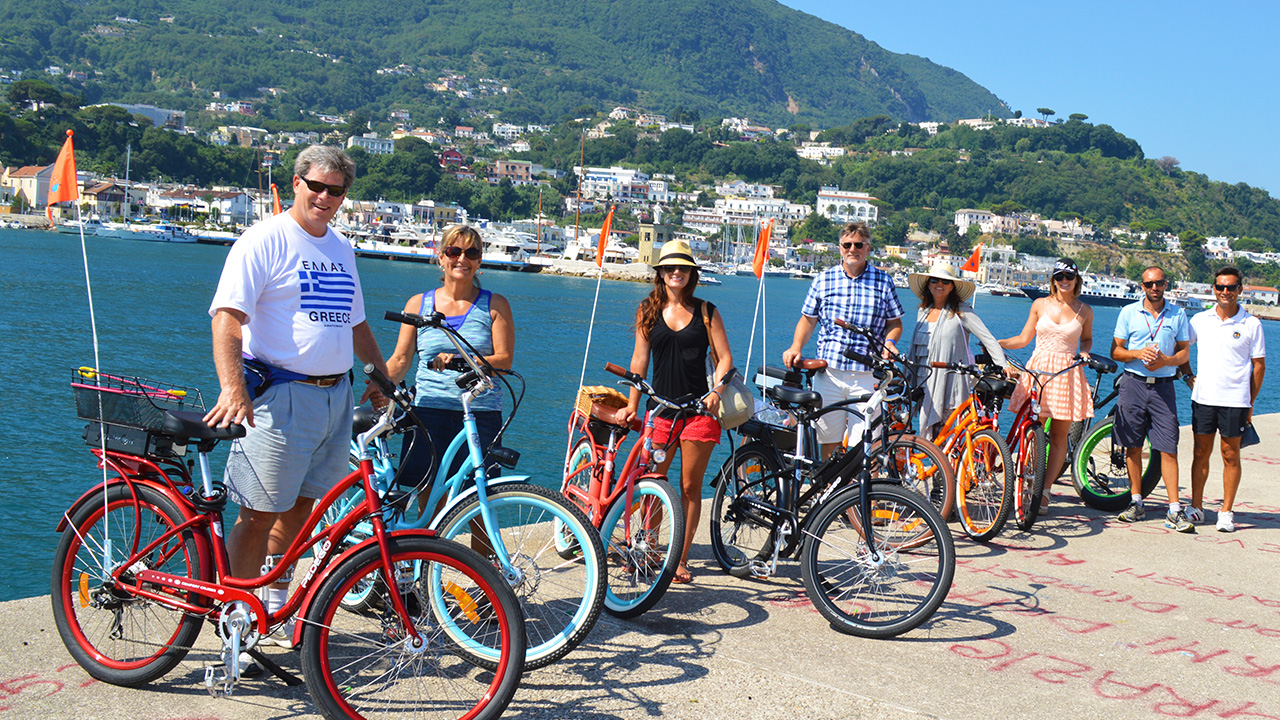 There’s a reason the Italian island of Ischia was named one of the Top 10 Islands in the World by Travel + Leisure Magazine. It’s absolutely beautiful! Imagine sitting in the Mediterranean sunshine beside the ocean while eating fresh seafood and drinking some of the best wine in the world. Ischia’s charm is something you need to see to believe and there’s no better way to witness it all than from the comfortable saddle of a Pedego electric bike. Ischia’s Electric Bike Tour takes you along the coast and through picturesque towns while your local guide fills you in on all the fascinating history. Log on to Pedego Ischia’s website for more details. 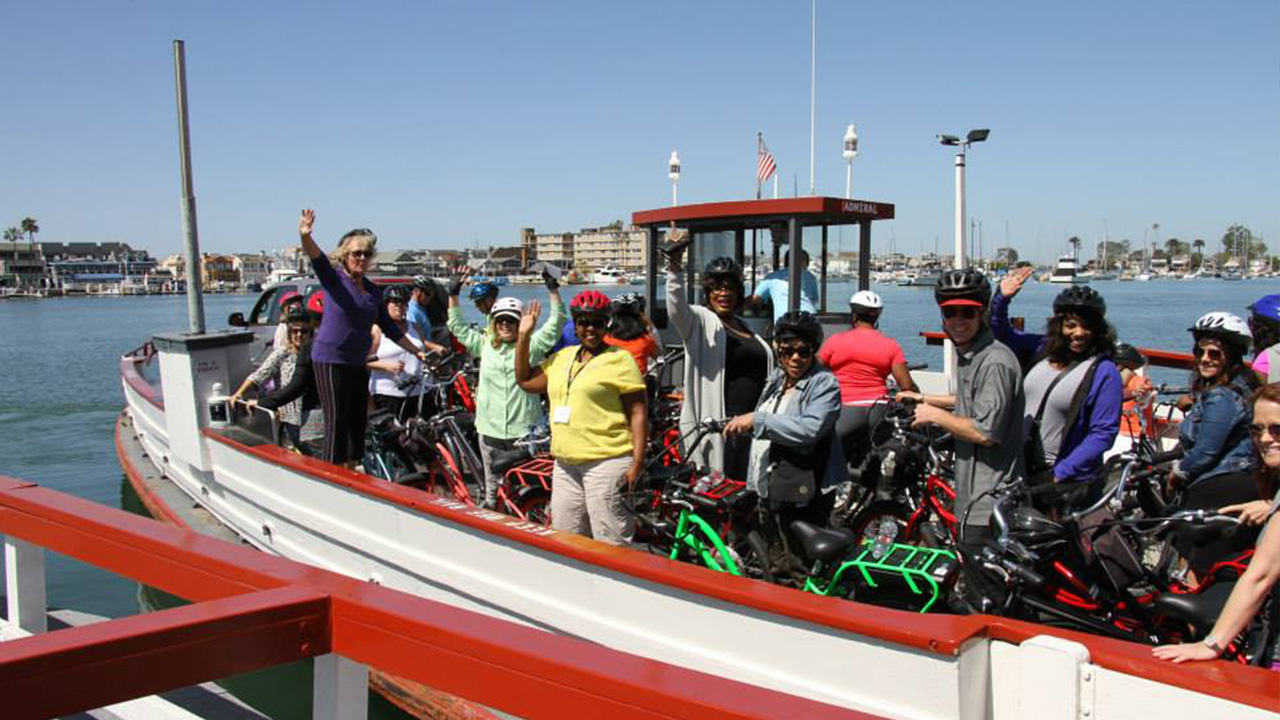 We’ve been to Newport Beach before and loved it. The mansions, the pier, the beautifully sandy beach — it’s the quintessential southern California community. We haven’t been to Balboa Island though and we definitely want to take this tour the next time we’re down there because it’s extremely easy to get to and features some of the best restaurants in the area. Pedego Corona del Mar offers tours here and they include a visit to Balboa Peninsula, where you’ll pass by some of the most impressive Newport Beach real estate, as well as the famous “Wedge,” which is a surfer’s paradise. For more info, log on to Pedego Corona del Mar’s website. 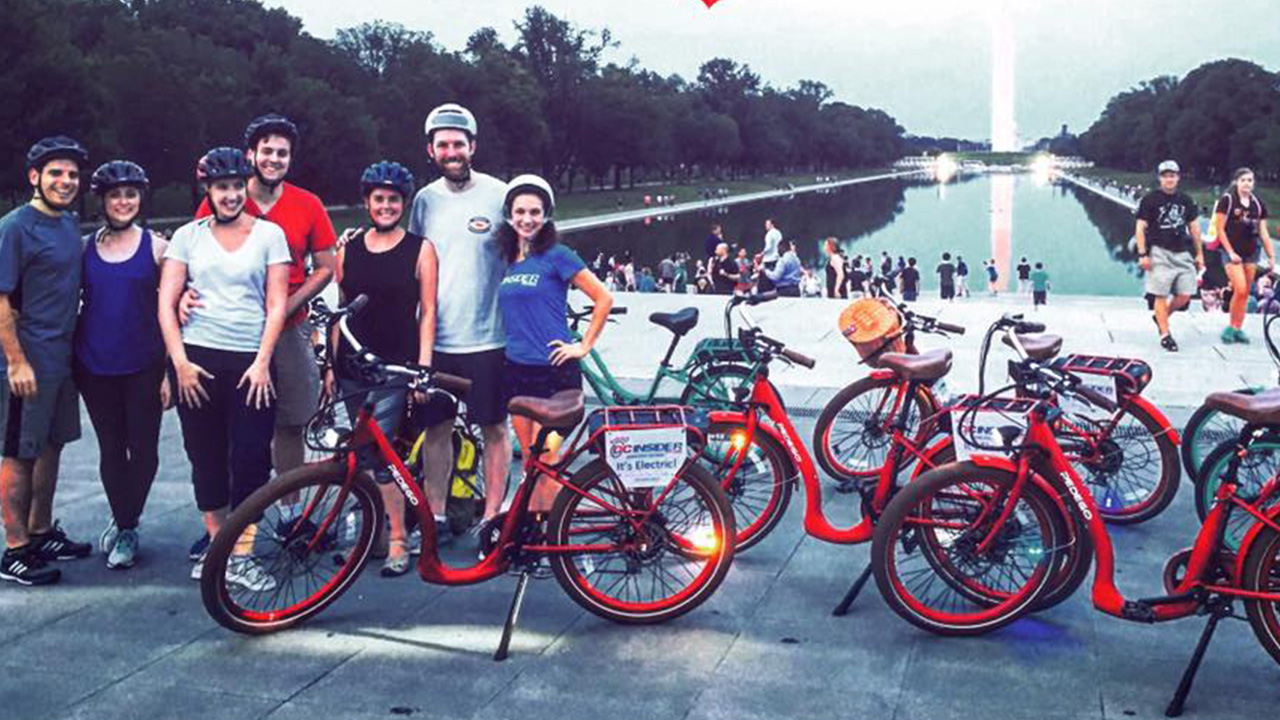 It doesn’t matter whether you’re from Canada, the United States or anywhere else in the world, Washington, DC, is an incredible place to visit. The nation’s capitol offers incredible architecture, art and, of course, history, and DC Insider tours is the first and only tour company to offer electric bike tours there. The Full Throttle DC Electric Bike Tour features colourful Pedego electric bikes which travellers use to enjoy the 3-4 hour trip with highlights that include the U.S. Supreme Court, Lincoln Memorial, Vietnam Memorial, Library of Congress, Ford’s Theater, U.S. Capitol Building, Lafayette Park, and The White House. For more information, log on to the DC Insider Tours website. 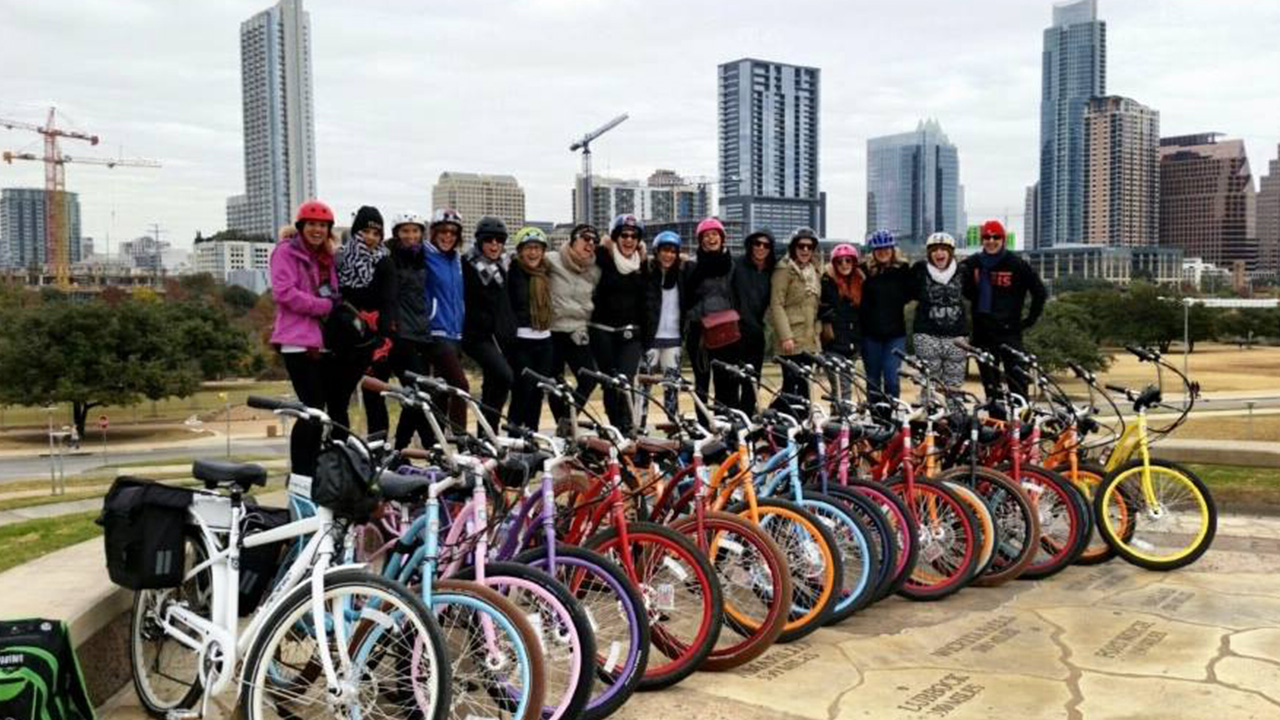 Austin is the most fun city in Texas. Period. The music, the food, the social scene…so good! And the best way to get to see it is on an electric bike ride beside the shores of Lady Bird Lake. You’ll coast along some of the best urban bike trails in the country and stop to see some of the city’s most famous landmarks including Barton Springs, the Stevie Ray Vaughn Statue, and the Anne W. Richards Congress Avenue Bridge. (Also known as the “Bat Bridge” – but don’t worry, they don’t bite.) For more info log on to Rocket Electrics website.