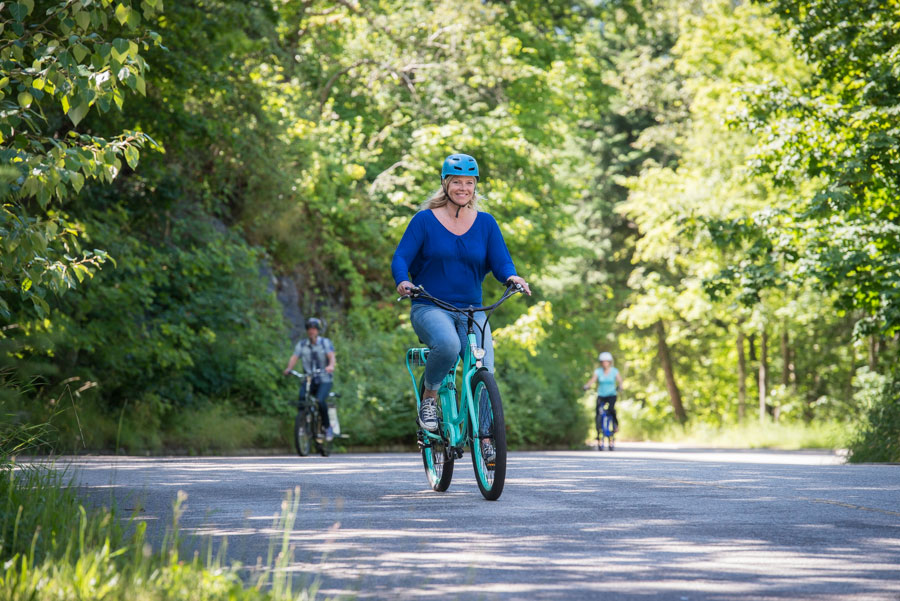 Experts estimate there are currently about 200 million electric bikes on the roads today and that number is expected to grow significantly in the next five years. Many people choose to ride Pedego electric bikes because they’re fun looking and they’re fun to ride, whether you’re commuting to work or going out for a casual pedal in the countryside. Pedego electric bikes are also excellent for those of us who want to lose some weight. It’s true! Unlike thigh-masters and bow-flexes, Pedego bikes are proven to help their riders lose weight. For example, before she purchased her first Pedego, Rhonda Martin of Southern California weighed 457 pounds. Today, she’s down to 180 pounds and she’s completely changed her life. You can watch her testimonial video here.
And Rhonda is just one example of many. Why is it that riding an electric bike can help you lose weight? Here are 5 reasons: 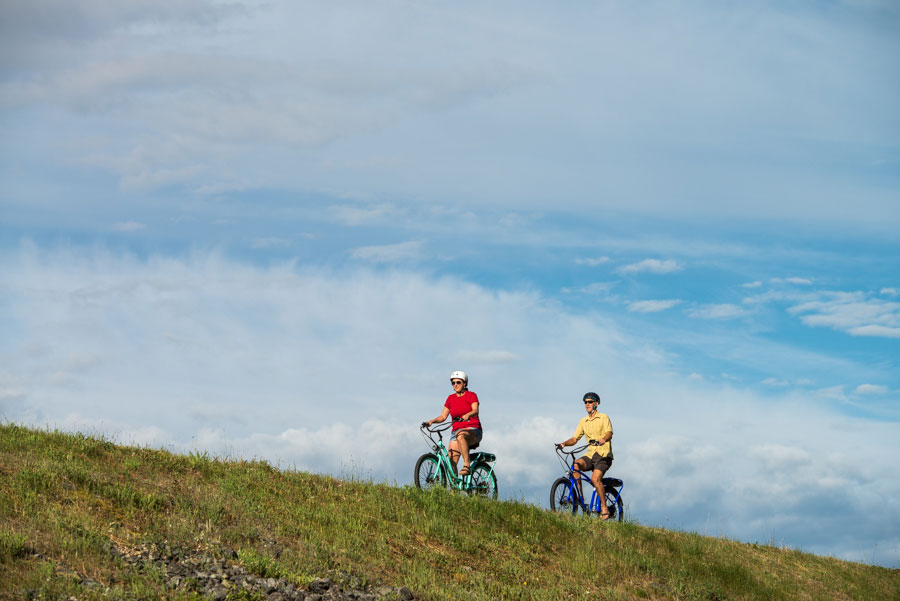 Electric bikes work you out without extra pain 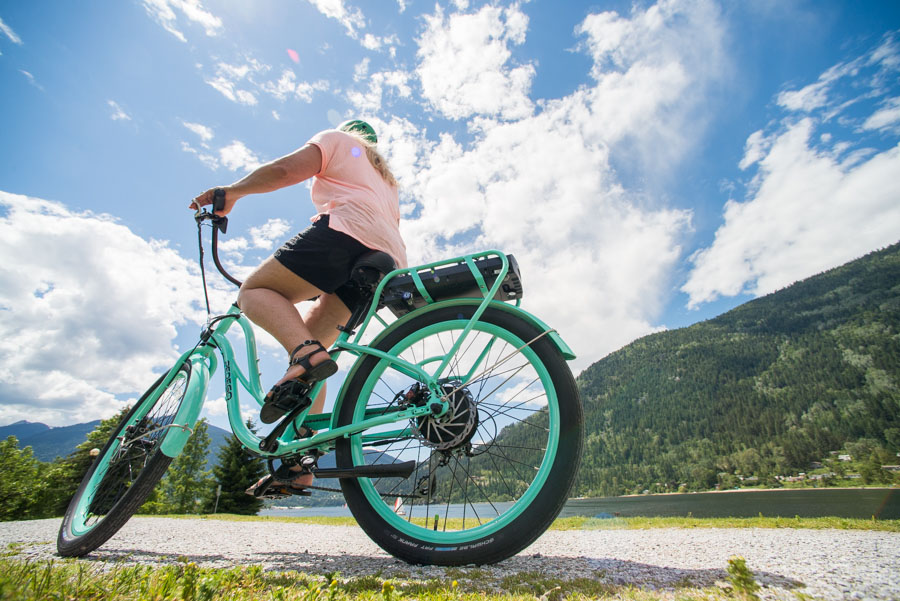 High-impact sports such as running are hard on your joints. But cycling is a low-impact exercise and with the help of the motors that are on Pedego electric bikes, the impact is even less! So you won’t feel pain after electric biking like you would participating in some other sports. 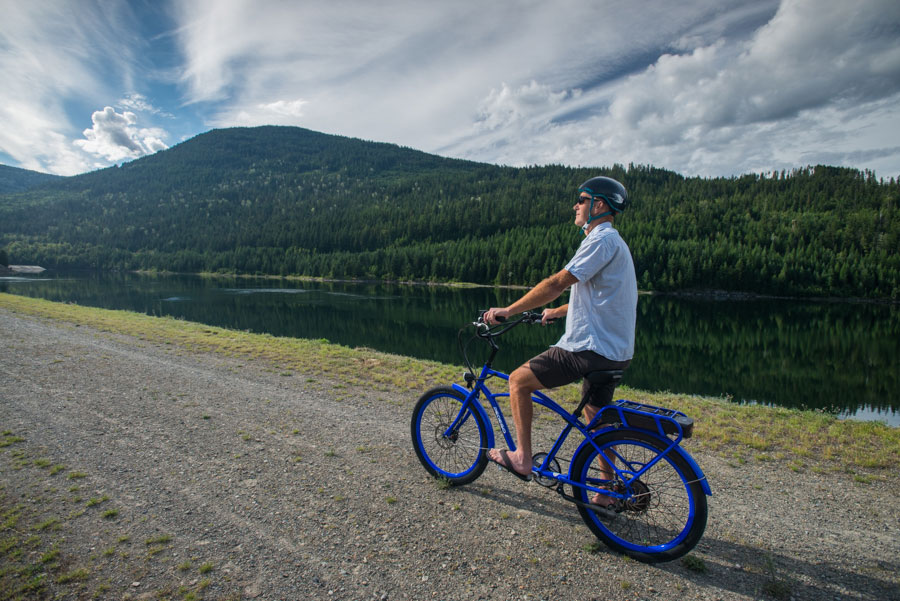 There are very few places on earth where you go for a bike ride and not encounter some form of a hill. Add to that a headwind and getting out for a fat-burning ride on your traditional bicycle can be daunting. However, electric bikes allow you to pedal up hills and against the wind with ease. Just turn up the pedal-assist mode or twist the throttle and you’ll be flying along without having to strain.

Electric bikes are fun so you want to use them 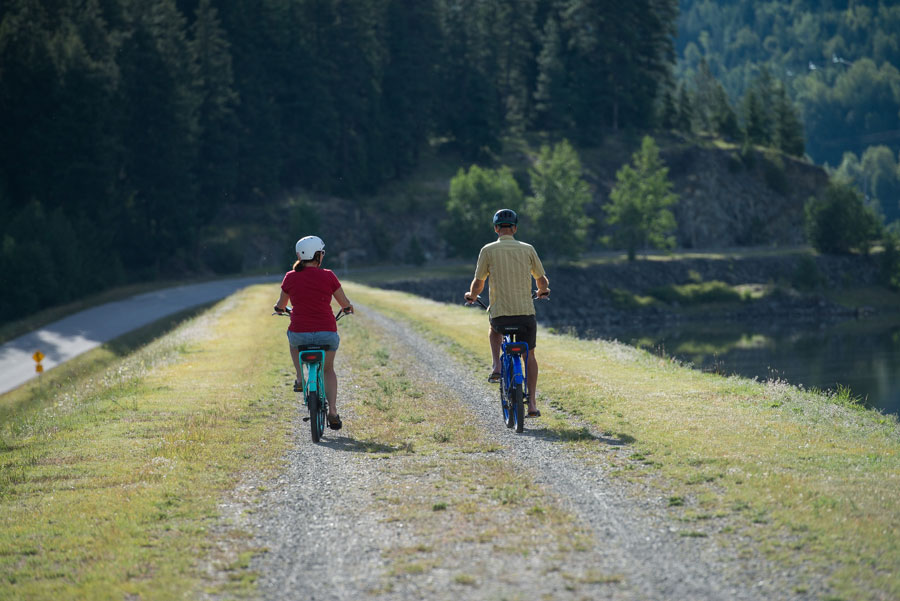 We all have good intentions about exercising for our health but the fact is a lot of exercise options out there are boring. That’s where riding a Pedego electric bike is different. It’s so fun to cruise along the street or trail and watch everyone’s surprised looks as you zoom past. When your concerns about hills and headwinds are taken out of the equation, there are no more excuses to not get on your bike. There’s a reason Pedego’s tagline is “Hello…fun.” It’s because the second you get on one of our electric bikes, you can’t stop smiling.

It’s hard to eat while riding an electric bike 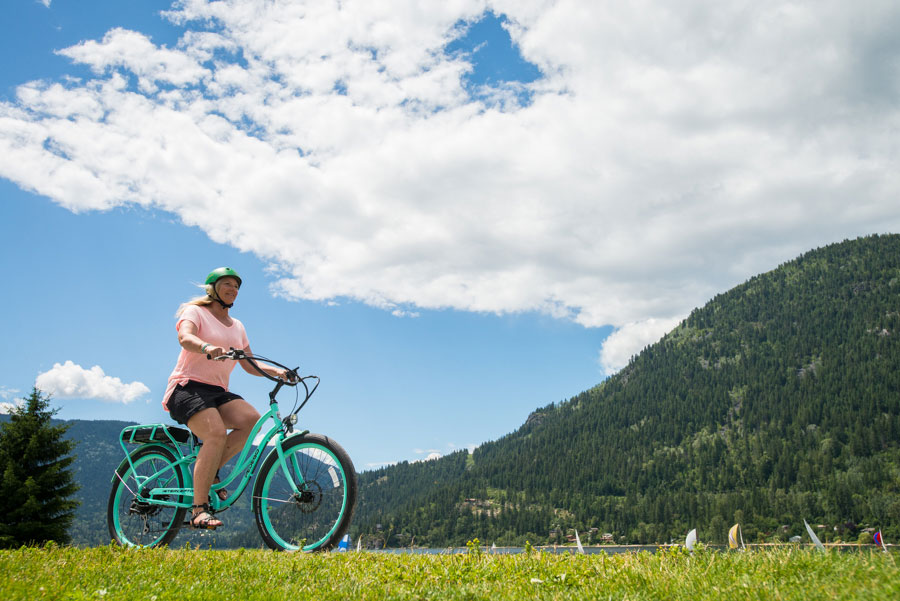 Ok, we say this partly in jest but the fact is electric bikes are so fun you’ll want to spend more time out riding one rather than on the couch watching Netflix.