How To Commute Safely By Electric Bike 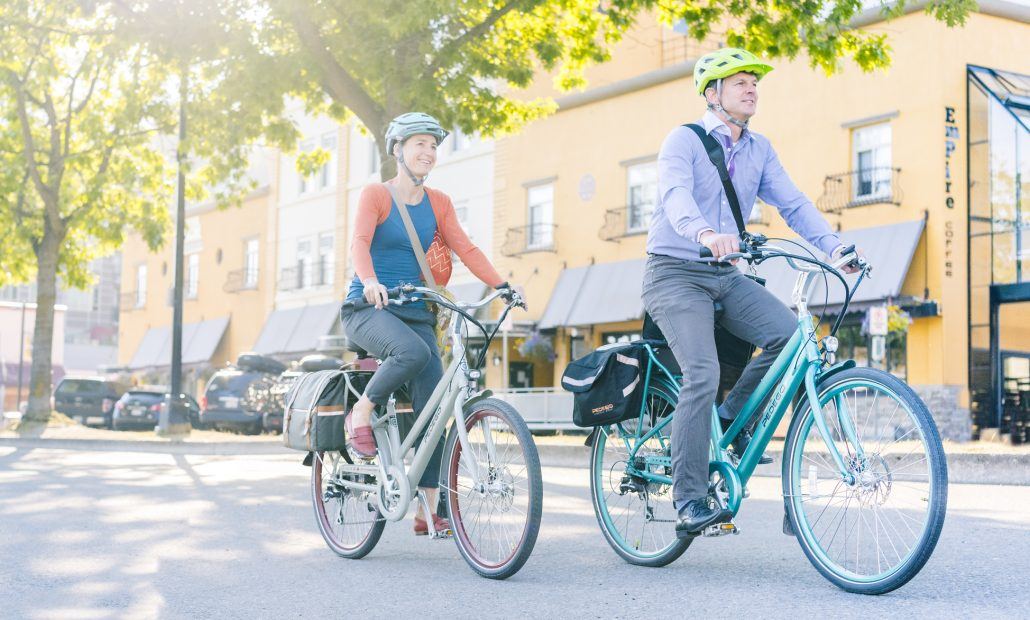 More and more Canadians are turning to electric bikes as a great way to commute to work and school. That’s because it doesn’t require any expensive and polluting gasoline, it’s easy to find parking and, above all, it’s fun! A lot more fun than sitting in a traffic jam, at any rate.

Before joining the ebike commuting revolution, there are some things that every electric bike rider should know about. For example, because electric bikes are relatively new on the commuting landscape, it’s important to realize that some drivers won’t appreciate how fast you can go. They simply see you as riding a bicycle and make assumptions based on the speed of a typical bicycle rider. However, as we all know, electric bikes can go much faster than regular bikes, especially up hills. So be a defensive rider and anticipate those drivers who may see you but who may pull out in front of you anyway because they’re expecting you to be going a lot slower.

With the help of Hub Cycling and Momentum Mag, we’ve compiled these 20 other tips to help you commute safely in Canada via electric bicycle:

◊ The Motor Vehicle Act applies to all road users, including electric bicyclists.

◊ Most provinces in Canada have laws requiring electric bicyclists to wear helmets and use a front white light and a rear red light when riding after dark.

◊ It’s a good idea to have a bell or horn to notify pedestrians, cars and other cyclists of your approach. In fact, in some provinces it’s the law.

◊ Pedestrians always have the right-of-way. Stop when people are at crosswalks and let them go first.

◊ Legally, your electric bike is allowed to take up the whole lane if that is the safest thing to do.

◊ It goes without saying that you should be vigilant when biking beside cars. Use bicycle lanes where possible and, when in traffic, stay a safe distance from vehicles.

◊ Watch the road for holes or car doors opening ahead of you in your path.

◊ You must stop at red lights and stop signs and always ride in the same direction as cars.

◊ Ride in a straight line, that way drivers will better anticipate your trajectory.

◊ Do not swerve in and out between cars.

◊ Look over your shoulder before you change lanes.

◊ When going straight through an intersection try to make eye contact with drivers.

◊ Be wary of slick spots on the roads and don’t ride through puddles on roads you’re unfamiliar with.

◊ Always signal before you want to change lanes by using hand signals or pointing.

◊ Go slow when you turn, especially if the road is wet.

◊ Do not enter the right-turn lane if you are going straight.

◊ You are not allowed to ride your bicycle on the sidewalk or in crosswalks.

◊ Manhole covers, railroad tracks, and any form of metal are going to be slippery in the rain as well as painted lines. Similarly, bridges can be slick in cold, wet weather.

◊ Dress for the weather in layers of light clothing that can be added or removed as needed.