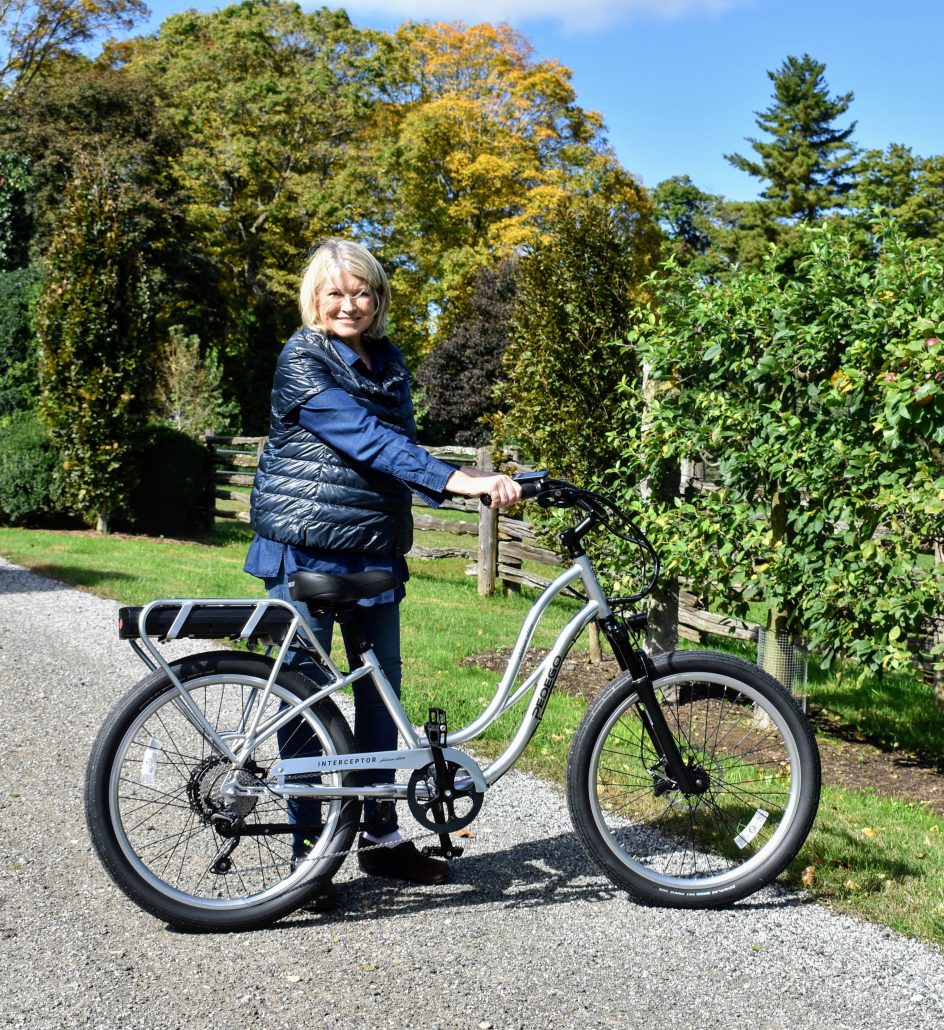 Most North Americans know Martha Stewart. The popular television personality and businesswoman first became famous for her home décor and entertaining tips and recipes. Today she runs Martha Stewart Living magazine, is the author of many best-selling books and can regular be seen on a variety of TV shows.

What people may not know about Martha Stewart is that she’s a huge fan of Pedego electric bikes. In fact, she’s enjoyed a lifelong love affair with bicycles and now, at 80 years of age, she’s reliving her childhood freedom with the help of Pedego. 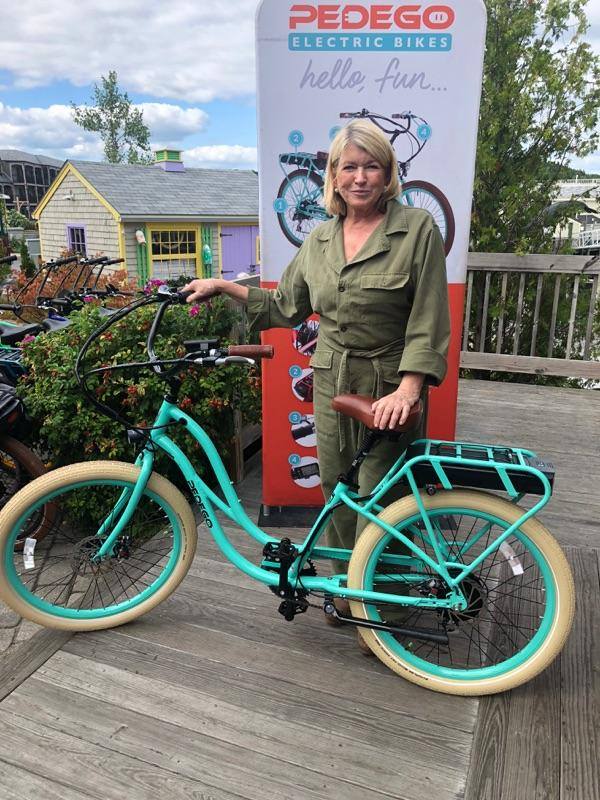 “Few of us forget our childhood bike,” she wrote. “In all its shiny, tasseled, banana-seated glory, it brought us pure joy and our first taste of freedom.” But she then goes on to say, “Today’s bikes are a big improvement over what we rode as children.”

Martha says she fell in love with Pedego the moment she tried an electric bike and now owns two Platinum Edition Interceptors: one for her home in East Hampton and the other for her Bedford, New York farm.

It’s not surprising, given her renowned sense of style, that Martha cares about more than just the advanced features and quality components of the Platinum Edition. “I love this lustrous and modern silver finish,” she writes in her blog post called “My New E-Bike from Pedego.”

That post is also an excellent resource for those who decide to order a Pedego electric bike via our website and have it delivered to their home. Normally we’ll send a bike to the closest bike shop to have it assembled but as Martha denotes in her blog, it’s easy to put together at home as well. The story shows step-by-step images of what needs to be done when the bike arrives in its crate.

“Pedego bikes arrive pre-assembled except for a handful of parts,” she writes and then the following images denote her grounds keeper Pete easily putting the Interceptor together.

To read Martha Stewart’s blog about her new Pedego electric bikes in its entirety, visit: themarthablog.com. 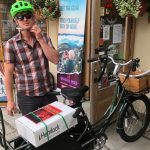 How Entrepreneurs Use Pedego Electric Bikes
Scroll to top