A Pedego is This Doctor’s Miracle Cure

Miryam Liberman is a 64-year-old doctor living near Los Angeles who credits her Pedego Interceptor for helping her overcome a number of physical challenges. In fact, she says her Pedego is one of her best forms of physical therapy. 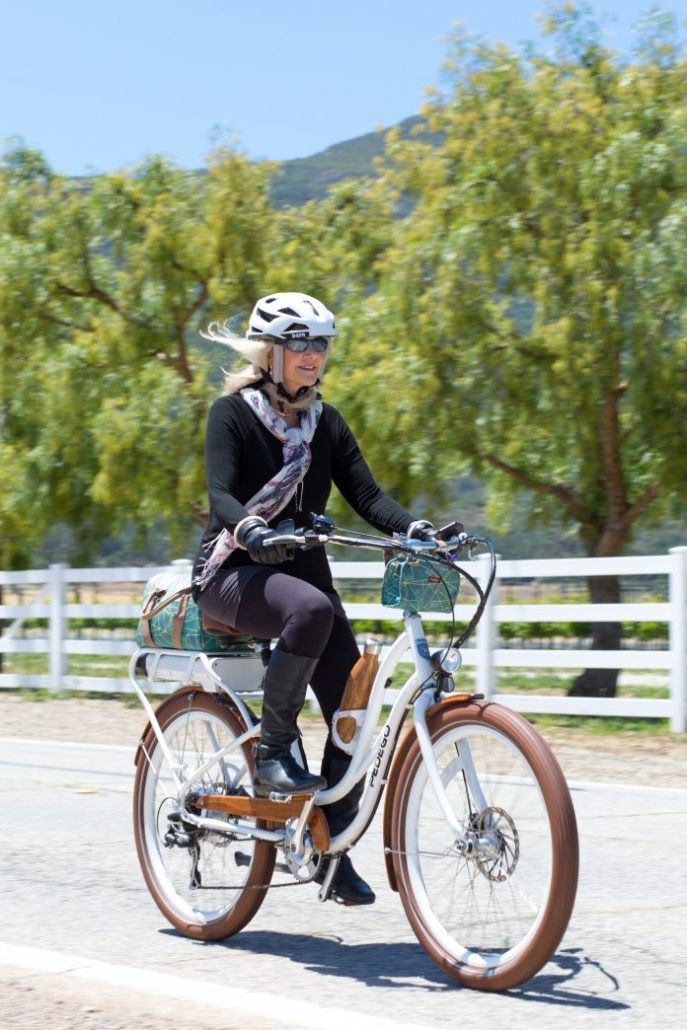 We read about Dr. Liberman’s amazing story in a recent Tech50+ article in which she is quoted as saying, “I bought it [her Pedego Interceptor] two years and three days ago. It was momentous because I’d been wanting to get an electric bike for almost 5 years.” Before then she says that anytime she’d ride a normal bike, “I just wouldn’t be able to because of my knee. It turns out that it was actually a common female problem with chondromalacia patella. It’s basically a loose kneecap that wanders off…”
Not only did Doctor Liberman find that a Pedego electric bicycle helped with her strengthening regime, she genuinely enjoyed riding so much, she started commuting the 17 kilometres to work. “It was always kind of my weird dream to commute to work by bike which is doable in this area but only if you’re quite athletic because we have a lot of hills and a lot of eight percent grades which is pretty steep. I was able to do that…”
She goes on to say, “I’ve been doing that commute now for a year and a half. It’s 23 miles roundtrip and it’s literally the best part of my day. There’s just no question. It’s wonderful. I use the Pedego to commute to work but I use it for every opportunity that I can ride, I use it to go to the movie theater, I use it to meet up with friends.”
Given her experience, and how important the throttle is for her convalescence, she has become a big advocate of throttles on electric bikes. “I tried riding my bike without a throttle for just one day, and my knees became incredibly painful because to initiate the bike movement, to get your momentum, you have to put some downward pressure and it takes about a second for the pedals to engage which is fine when you’re completely flat. But where we live, there are so many hills and of course, that’s exactly what the electric bike was made for. So anytime I would try to start the bike with any kind of incline, I would have to use more pressure and therefore my knee would start killing me.”
Not only has her Pedego Interceptor made her commute to work more enjoyable, she says she’s also noticed big changes regarding her fitness. “My shoulders are so much stronger, my core is stronger, then of course my legs. My energy. Appetite control. Weight control. Better sleep. How does any really good exercise change your life?…It’s awesome.”
To read the entire article about Dr. Liberman, log on to: Tech50+.