Not only was the recent dealer meeting at Pedego Headquarters in California a lot of fun, there were many announcements and revelations made that we wanted to pass along to Pedego and electric bike fans everywhere.

The 2018 Pedego Dealer meeting was held earlier this month, from December 1-3, and the theme of the gala dinner was “James Bond 007.” Needless to say the Canadian dealers represented extremely well coming dressed in black tuxedos, shimmering gowns and, in the case of Cal from Pedego Calgary, a top hat and fake moustache reminiscent of the infamous Bond villain Oddjob. Below is an image from the evening that prove it was a really fun event.

As for announcements, they fall into two main categories: products and Captain Kirk. Seriously. Canadian actor William Shatner (who played the captain of the Starship Enterprise on the original Star Trek series) attended the meeting to discuss his love of Pedego electric bikes and how he and his large family use them daily. He said he loves them because they allow him to keep up to his grandkids.

The Captain also unveiled a new series of three advertisements featuring him in various humorous scenarios riding a Pedego electric bike. Stay tuned for more about this but in the meantime, read up about how he uses Pedego electric bikes in his day-to-day life in our article: “Captain Kirk loves Pedego.”

When not hobnobbing with William Shatner, attendees of the Pedego Dealer Meeting were introduced to the new products that will be available during the 2019 riding season. The first group of accessories included new Pedego baskets and panniers and our favourites were the colourful wicker versions as well as the much-anticipated water-resistant panniers for the Pedego Stretch electric cargo bike, which are an elongated version of the current panniers that fit most other Pedego models.

Pedego has also introduced a handy thumb throttle device that rests on your right handlebar and allows you to lock the throttle in place, thus saving your wrist any undue strain. And as for new bike models, you can expect to see a 24-inch-frame Boomerang in the coming season – which has to be the easiest mounting electric bike in the world. Plus there’s a police bike version of the Ridge Rider electric mountain bike as well as a 29″ version of the Pedego Interceptor.

There are also new colours to look forward to as the 2019 season kicks into gear and we’ll announce those closer to the start of the season. 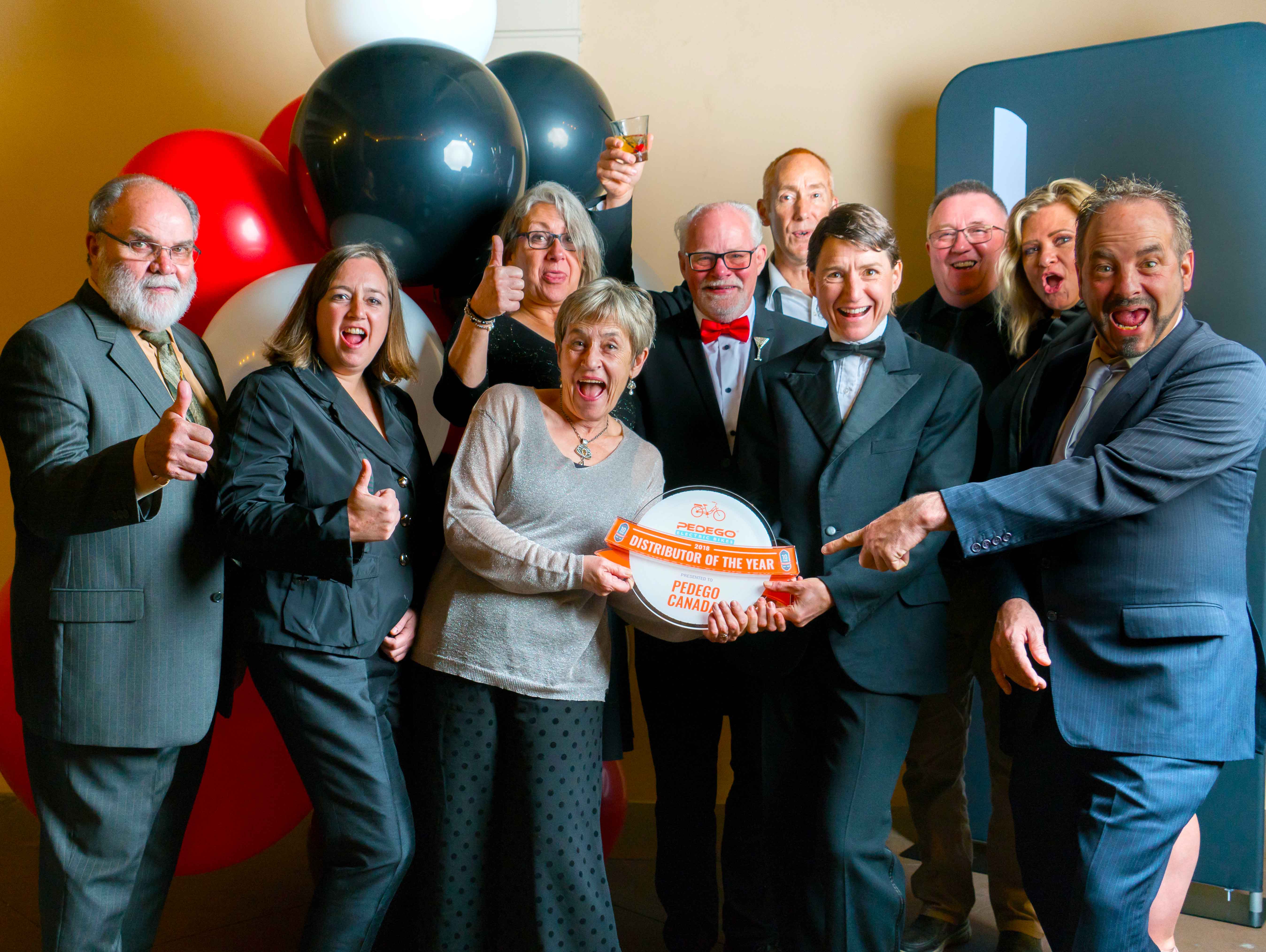