A Ride with Dad

Award-winning cinematographer Derek Frankowski has made this beautiful film about his father riding a Pedego electric bike.

Derek uses a Trail Tracker to film exquisite natural footage in the mountains and snow around Rossland, British Columbia. He recently got another electric bike for his Dad and filmed him riding it.

Derek says his Dad’s electric bike is a way for him to reconnect with nature and remember how great it is to move through the world on a bike. It keeps his father in touch with his community, with the natural world, and the experience of riding a bike. We’re delighted to share it with you for Fathers Day 2019.

It speaks the truth: our fathers’ hands that are shaped by hard work, gripping the handles of an electric bike that allows them to connect with nature in way they taught us, in a way they may have been unable to do for years.

It’s perhaps not the first time you’ve seen Derek’s work. He is renowned for the mountain biking film Life Cycles which shares the theme of riding a bike in nature, at a different level. He films nature documentaries for the BBC such as Planet Earth, and shoots some of the world’s most beautiful natural phenomena. Derek uses his electric bike while creating content for films. For example, he transports photography equipment over long distances to document natural settings. Its quiet operation and maneuverability give him an advantage over snowmobile or ATV use. You can see him capturing great footage from his seat on the Trail Tracker below.

We think none of it is better than the incredible shots of the fall and winter scenery shot near Rossland recorded in “A Ride with Dad.” 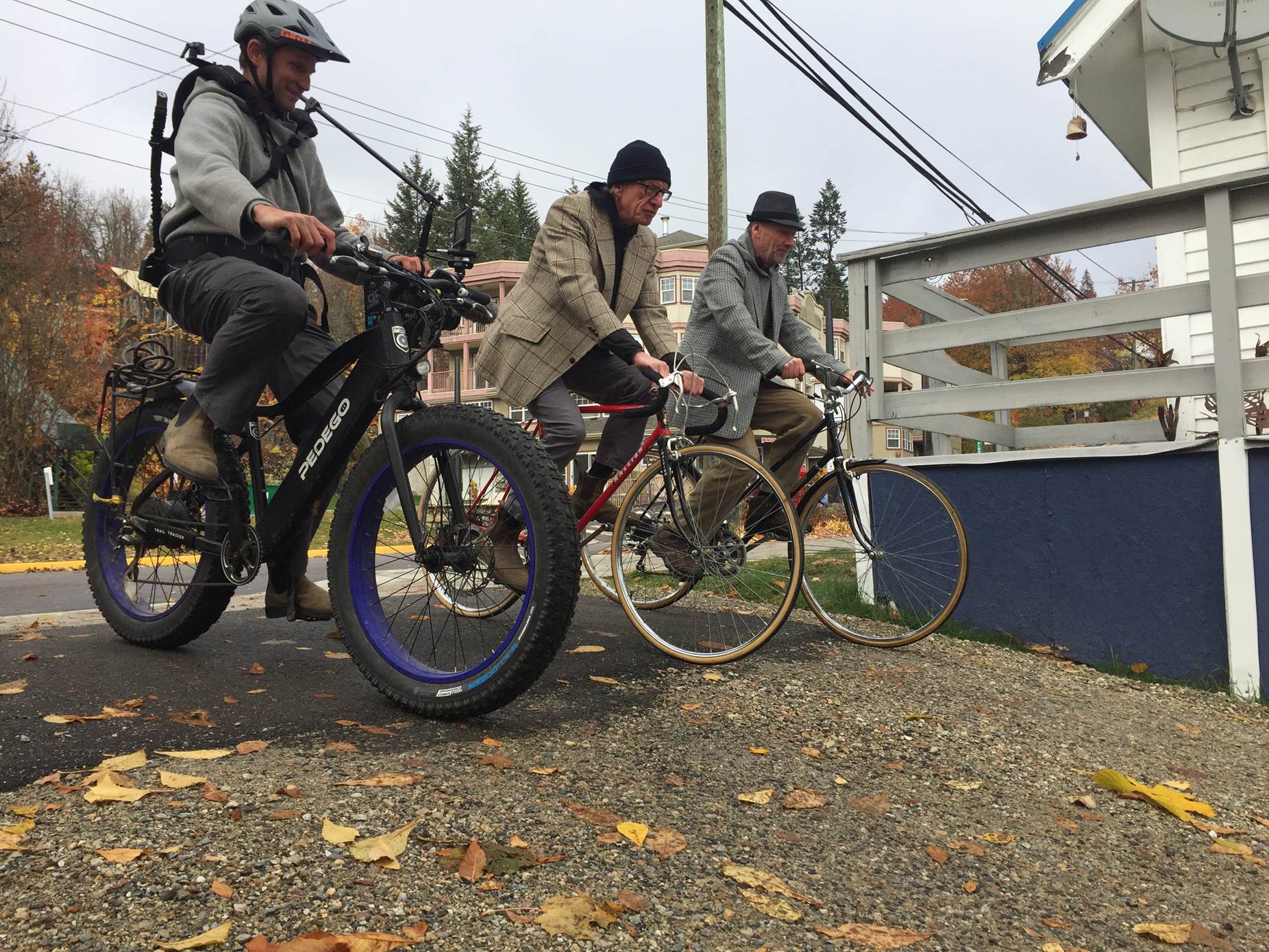