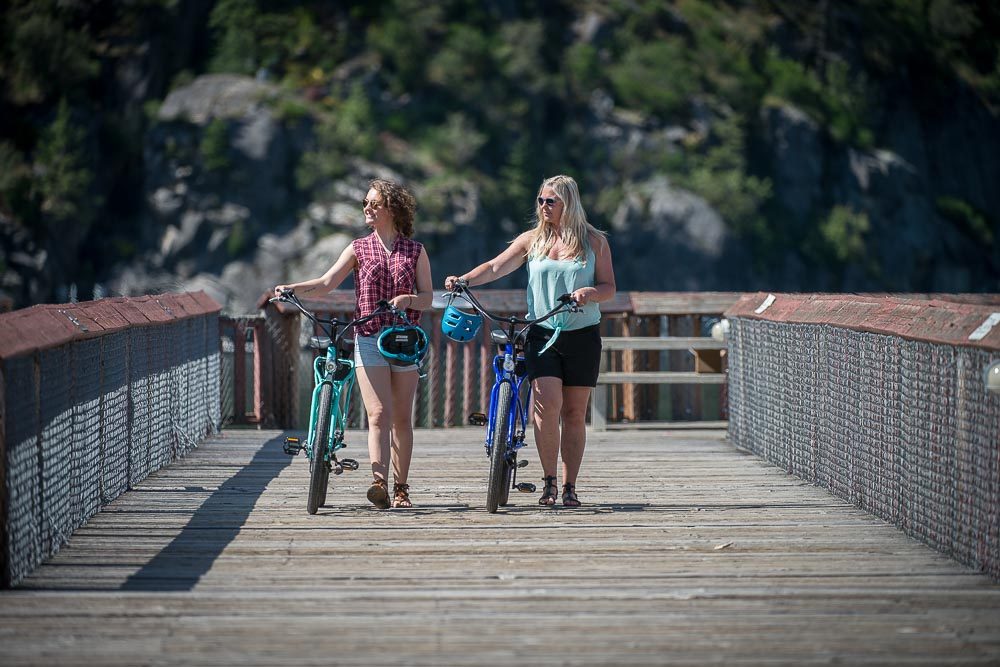 When the words “electric bike” first started becoming popular in Europe about a decade ago, people would confuse them with an “electric scooter,” or a “moped.” This article is all about explaining the vast differences between electric bikes and electric scooters. But first, let’s clarify that scooters come in both electric and gasoline models. For example, the Vespa brand of scooter runs on petrol. For the purposes of this article, we will concentrate solely on electric versions of scooters. Secondly, by “scooter” we are not referring to the four-wheeled variety used by people with mobility issues nor the two-wheel-style of push scooter with a narrow platform that you stand on and a long step with handlebars. Phew! There are a lot of different scooters out there! Without further ado, here are the differences between electric bikes vs electric scooters. 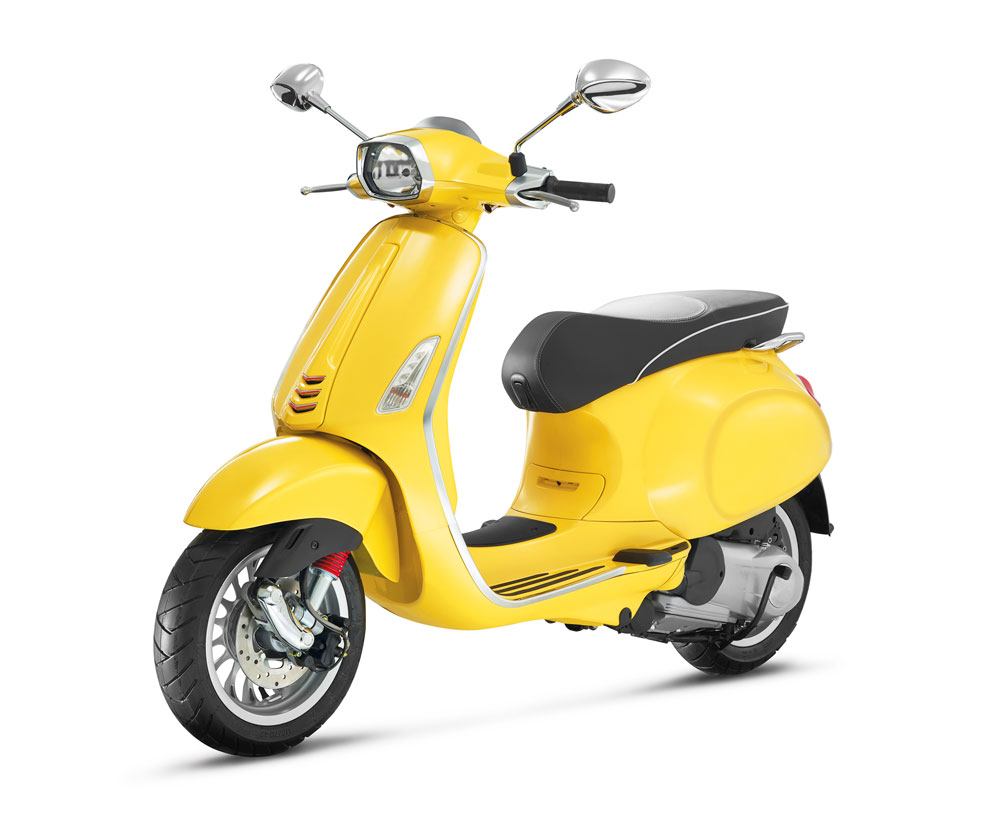 WHAT IS AN ELECTRIC SCOOTER?

An “electric scooter” is a purpose-built machine with electric propulsion. Most look similar to gas scooters with a platform for the operator’s feet and step-through-style architecture. There are a few models that look like motorcycles, however. Most of the small electric scooters have pedals to enable them to classify as “power assisted bicycles,” which we will discuss a bit later on. The majority have two wheels although there are a few tricycle-style models out there and they are available with a variety of motors. Almost all of them have lead acid batteries embedded in the chassis that can be charged by plugging the scooter directly into a power source. This style of battery weighs a lot more than lithium-ion but is cheaper to build. 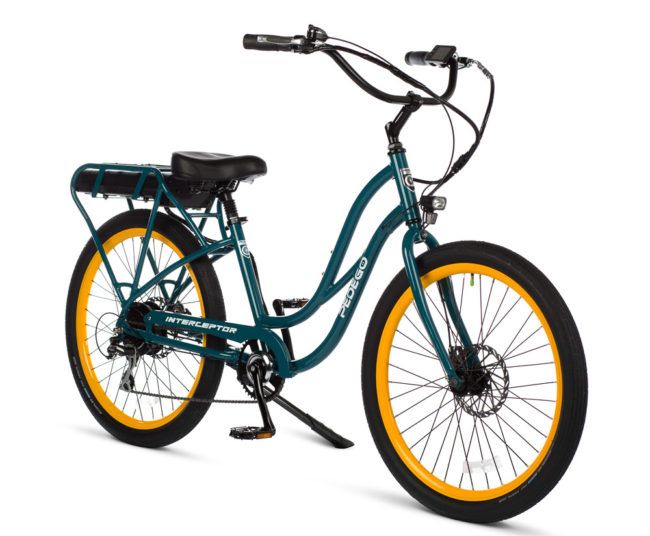 WHAT IS AN ELECTRIC BIKE?

An electric bike is simply a bicycle that boasts some form of electric propulsion, such as a hub motor or mid-drive motor. All electric bikes (or pedelecs) have pedals and can be used like a normal bike even with the motor disengaged. Interestingly, the term “ebike” has come to be association with an electric bicycle in most of the world but in Ontario the word is used to describe electric scooters. These days most electric bikes have lithium-ion batteries because they’re a lot lighter than traditional lead-acid batteries, making them easier to maneuver. According to Transport Canada’s Motor Vehicle Safety Regulations, electric bikes are classified as “Power Assisted bicycles” provided they have, amongst others, the following characteristics:

In most areas, a power assisted bicycle is able to be ridden anywhere a normal bicycle can. To read more about the legalities of electric bicycles, please read our article, “Are Electric Bikes Legal in Canada?” Electric bikes and scooters that are classified as power assisted bicycles do not require a license nor insurance to ride, making them much cheaper to operate. However, because of the cost of lithium-ion batteries, electric bikes can occasionally cost more than scooters.

As mentioned above, many small electric scooters have pedals. (These are not to be confused with “mopeds,” which traditionally have a gasoline motor and pedals with a crankset that can be used with, or instead of, the gas-powered motor drive.) This is to achieve the “power assisted bicycle “classification discussed above, which means operators do not require a driver’s license, insurance, or license plate. Some scooter manufacturers have taken advantage of this loophole in the law and have put token pedals on their electric scooters, which the operator can easily remove. (Although to do so negates its “power-assisted bicycle” classification.) To be clear, these pedals are for show only because pedalling a heavy scooter, even along a flat road, is impossible for all but the strongest Canadians. 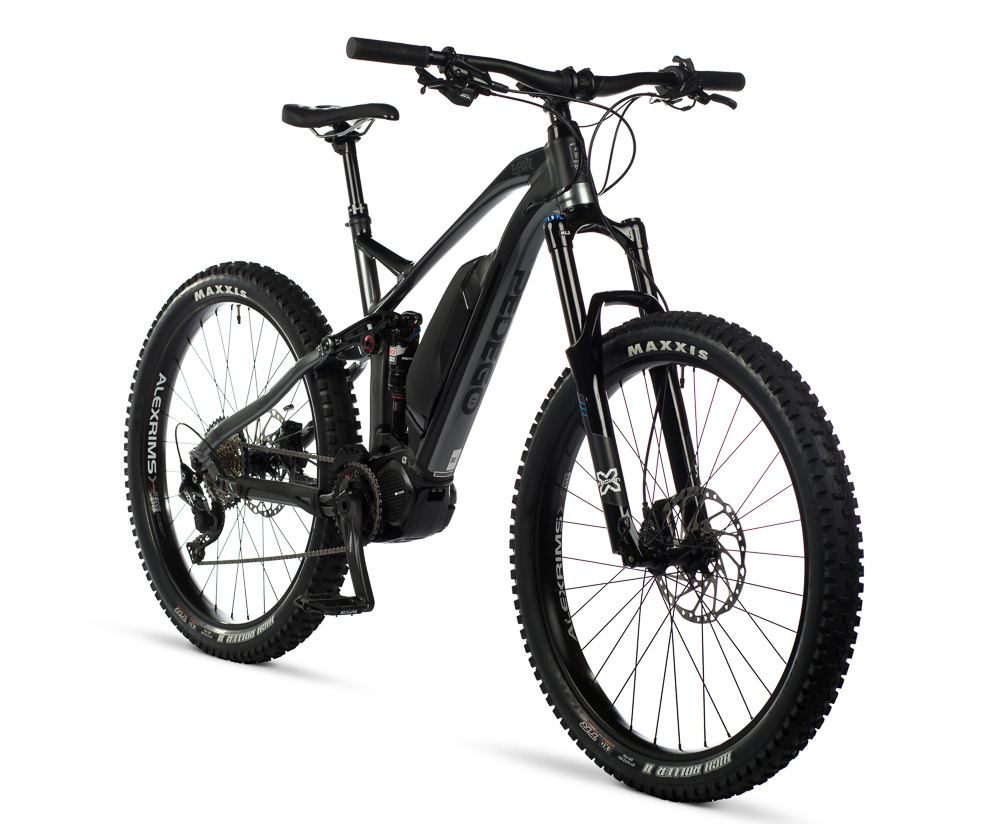 WHICH ONE IS BETTER?

Both electric scooters and electric bicycles have their strengths, and we support electric vehicles in general. Both are useful for replacing car journeys, which means less money is spent on gasoline and there are fewer emissions. Because electric scooters typically use lead acid batteries, they can be cheaper to purchase than electric bicycles and the batteries can be replaced at less of a cost. However, those same batteries are very heavy, which means even if the scooter does have pedals, it is next to impossible to move one without the help of the motor. In other words, if your battery dies while you’re out on an errand, you’ll either have to push your scooter home or transport it in the back of a truck.

Obviously we at Pedego Canada prefer electric bicycles because they can easily be pedalled, even when the motor is shut off. Also, they’re fun, good for exercise and they can be ridden on any form of terrain: the Trail Tracker is perfect for the snow or sand, and the Ridge Rider and Elevate are excellent for off-roading. And municipalities are starting to wise up to the loophole in the Canadian Motor Vehicle Safety Regulations and banning electric scooters from bike paths and trails while allowing pedelecs or bicycles that can be pedalled without the motor.