Recently we wrote about how the longest bicycle trail in the world is located in Canada. The Trans-Canada Trail, also known as “The Great Trail,” is set to open this summer for Canada’s 150th birthday and it’s 20,770 kilometres long! It extends from coast to coast through most every province and territory and connects Canada’s largest cities. The majority of it is paved and it passes through mountains, forests, meadows, lakes, cities and more. Pedego Canada’s owner, Mike Clyde, has ridden bicycles and electric bikes all over the world, from New Zealand to Europe to South America, so we decided to ask him his thoughts on how Canada ranks in the world of electric biking.

Hey Mike. In your opinion how does Canada rank in terms of accessible trails for electric bicycles?

Overall, I think Canada has a great network of bike trails that can be accessed by electric bikes. Occasionally there have been access restrictions imposed in some jurisdictions, but these generally only apply to the scooter-style of an electric bike. Often the biggest ‘restriction’ is that people just don’t know the trails exist!

Ever been on any part of the Trans-Canada trail?

Having been across large parts of Canada with the business, I’ve been lucky enough to ride on quite a few parts of the trail. I’ve enjoyed cruising parts of it on my Pedego in Victoria, Vancouver, Banff, Calgary, London, Toronto, Ottawa, Montreal, Quebec City and many other locations.

What’s the best part about having a trans-Canada bike system?

In my native country of New Zealand, they are also close to connecting a network of bike trails from one end of the country to the other. I think the two main benefits of the trail system are always knowing there are great trails wherever you go, and a boost to tourism. The experience in New Zealand is that when you open up an awesome stretch of bike trail, it boosts or enables tourism businesses such as luxury bike tours and associated accommodation.

Do you think a Pedego electric bike could make the journey across the entire country?

I have no doubt one of our bikes could make the journey! Just look at Jon from my Nelson, BC. He completed a 3,000-kilometre ride to a music concert in California. It started out as a one-line joke by Jon to his wife about riding his bike there. Then he thought, “Hang on, maybe I can do this on my electric cargo bike!” When he approached me for my thoughts I instantly responded that I thought it was an amazing idea! That is one of the best things about electric bikes: they remove hurdles and enable bike journeys that you wouldn’t normally consider. Although, sometimes you just want to cruise up that hill on the way home from work rather than bike 3,000 kilometres!

What part of Canada would you love to ride your ebike through next?

Something that has been on my radar for a while is Nova Scotia. I heard the trails and scenery are amazing! 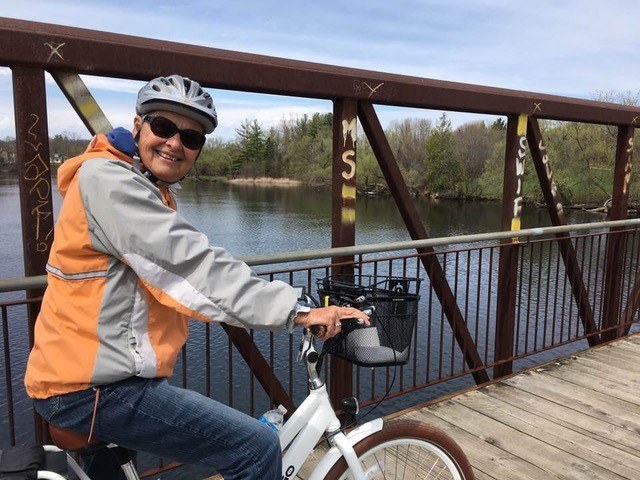