Meet the Dealer of Pedego in Hamilton 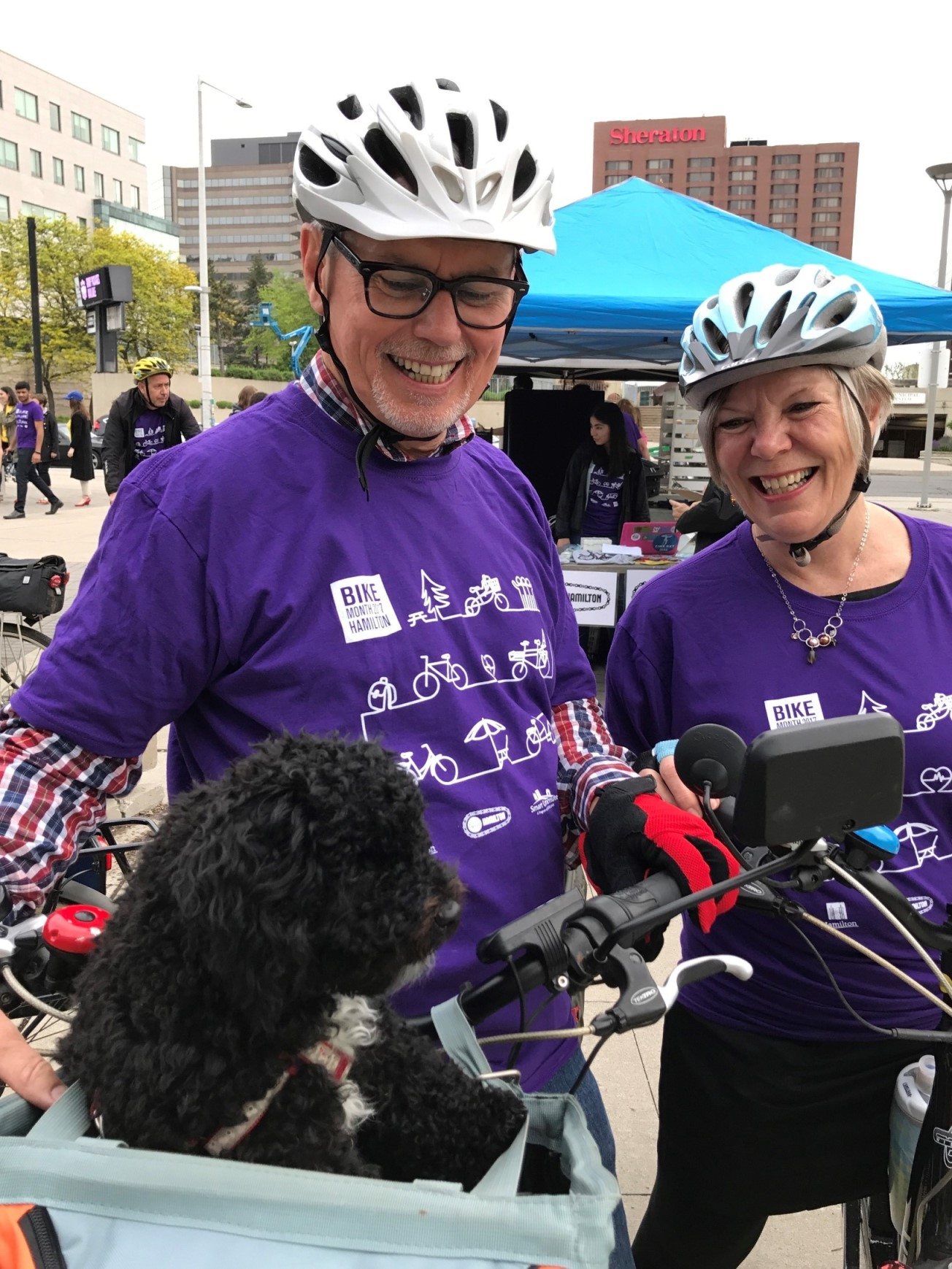 If anyone knows why electric bikes are exploding in popularity, it is Hamilton’s Glen Doe. He started riding electric bikes before most Canadians had ever heard of them.

Glen’s lived much of his life in Ontario’s Golden Horseshoe region and ridden just about everywhere. When he worked as a technician for Bell Canada, no matter where his office moved to, he was a bike commuter, weather and time permitting. In ‘retirement,’ Glen turned to electric bikes so he never had to stop riding to his volunteer work.

“I live in Stoney Creek, on the Niagara Escarpment in Greater Hamilton,” he says. “Going down, that is easy but coming up it is another story.” Having an electric bike flattens the city.

Glen constantly dreams up ways to help cyclists in Hamilton, from building covered bike paths to selling Canada’s best brand of electric bikes. In this Q&A with Glen we learn why he went from electric bike rider to owner of the newest and funkiest bike shop in Hamilton.

Opening a store is a lot of work. Why are you doing this?

Because Pedego demands you do a bit more than opening your garage door to sell its bikes!

The purpose of my business is to provide electric bikes to people who want to keep biking but find traditional biking is a little too onerous or difficult due to their location, age, job or the environment. Since you can’t arrive for meetings dripping with sweat, or always have a shower at work, electric bikes are a great help for commuters and recreational riders who want to ride no matter what the occasion.

So why electric bikes?

I bought my first electric bike in 2012. It was so good I sold my motor scooter and within a month my wife Catherine bought one for herself. I’d say we just ride more. I do things, like grocery shopping and riding downtown that I avoided on a normal bike.

As part of my business planning I visited the Pedego store in Buffalo, New York, which is about an hour from here. It is unique because it isn’t on a road jumping out at you; it is tucked away, small and colourful. Mike and his son John own and operate it. They said that in their first year they opened in April and sold 50 bikes. They managed this in New York State where electric bikes were illegal at the time!

My brother-in-law lives in Krestova, British Columbia, and he loves his Pedego Interceptor. It seemed like the best thing to do at this point in life: sell something that helps the environment and helps people ride bikes more often.

Where are you located?

The store is in a newly built retail centre at 1808 Rymal Road East at Trinity Church Road. (See map below.) My daughter’s good friend’s house used to be there. She played and probably slept over on this very site.

Hamilton is great for biking: in fact, it’s called the “City of Waterfalls” because we have at least 33 of them. There are lots of bike lanes throughout the city but we need people to get out and use them, enjoy the outdoors and leave their cars at home. Nearby are the Chippewa and Red Hill Valley rail trails, the trail that goes downtown, and the waterfront of Lake Ontario. And there’s the Niagara Escarpment running through it all. If you don’t want to emerge at the top hot and sweating, having an electric assist bike really helps.

What did do before opening a bike store?

I grew up in Windsor, Ontario. I’ve lived most of my life in south-western Ontario apart from three years moving about with the army. I’m a husband, a father and a grandfather. When my son was a teenager we would do 500-kilometre bike trips starting from our home then riding along Lake Erie, Lake Ontario and as far as Montreal and Ottawa. My wife Catherine rides to work and we do recreational rides on our e-bikes. In September 2017 we rented electric bikes in Ireland. We rode 70 to 80 kilometres each day in wind, hills and rain and totally enjoyed ourselves.

When are you opening your doors?

It has taken a lot longer than expected to fit out a store in a new building. I can’t wait to open doors on April 6th. If you come down you’ll see me because I’ll pretty much be living at the store for the next few years. My wife will be a weekend warrior, as will other friends and family. Remi, our miniature Poodle/Bichon Frise, will be my main companion at the shop.

All going well, we’ll have a grand opening in the summer and tap into the growing number of greater Hamilton events like Art Crawl, BuskerFest, the Mustard Festival and Cycle Hamilton events. If you see me on James Street, please say hello!